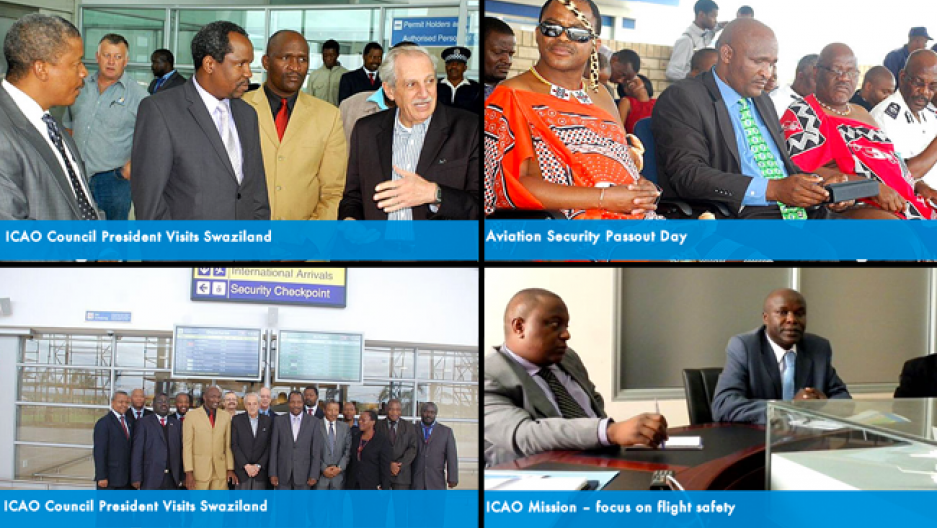 A magical place like Dubai, or Atlanta perhaps. Except in Swaziland.

People told the king no.

“Swaziland is a tiny, obscure rural country with just 1.3 million people,” said the wisest of his subjects. “Seriously, it’s one of the poorest countries in the world and already has an international airport. Why build another one?”

But King Mswati III persisted. And so after $275 million and 10 years of construction, the Sikhuphe International Airport was completed, mostly: It was reportedly marred by structural defects, but nothing a fairy godmother couldn’t fix. It even included a Royal Terminal for the king and his 15 wives.

There was one little problem for Mswati: No foreign airlines wanted to land at his new air hub. The country was too small, and the well-established Johannesburg airport was just a 45-minute flight away.

The king clung to his dream. His minions decided that the kingdom would create its own airline at Sikhuphe airport, at a potential cost of $650 million or more. Never mind the fact that Swaziland’s central bank reserves stood at about $735 million at the end of last year and the country’s GDP growth rate is one of the lowest in sub-Saharan Africa.

Welcome to the surreal land of Swaziland, the only absolute monarchy in Africa. This is the latest story of life under the strange rule of King Mswati III, who is famous for spending extravagantly while his people suffer. Mswati really did have a new airport built for $300 million, and the director of Swaziland’s aviation authority told local media last week that a new airline created specifically to bring air traffic to the empty Sikhuphe International Airport will fly to 10 destinations in Africa and Asia.

Swaziland, a landlocked country bordered by South Africa on three sides, and Mozambique on the fourth, has verged on economic collapse in recent years. Two-thirds of the population lives on less than $1 a day. The country remains under a state of emergency, as it has since 1973 when King Mswati’s father was the ruler.

Despite shortfalls in HIV medication and food for schoolchildren, the king has continued to spend on vanity projects, including private royal roads, new palaces for his wives and an airport.

Currently, only one airline — Swaziland Airlink, co-owned by the government — operates scheduled flights into the country, carrying about 70,000 passengers a year. Another carrier, Royal Swaziland National Airways, went out of business a decade ago due in part to low customer demand.

The polygamous Mswati III has ruled Swaziland since 1986, and has maintained a lavish lifestyle for his large family and many palaces despite his country’s troubles. His personal fortune is estimated at $200 million, according to Forbes magazine.

His lavish spending is also responsible for Swaziland’s main tourist attraction: the annual Reed Dance ceremony, where bare-breasted maidens dance for Mswati, and where he has chosen some of his wives.

A damning report released last year by the US-based group Freedom House argued that the “photos of beautiful girls performing traditional dances for the king … both attract tourists and distract outsiders from Swaziland’s shocking realities of oppression, abject poverty, hunger and disease.”

The government has sought to “popularize” these images, but “in actuality, Swaziland is a country in crisis where even the traditional culture risks extinction due to the absolute monarch’s malfeasance.”

In recent years, the idiosyncrasies of autocrats — particularly in poorer countries — have made for a plethora of Western punchlines. But the backdrop to Mswati III’s latest delusion offers a useful reminder: So far, there is no happily ever after for the people of Swaziland.