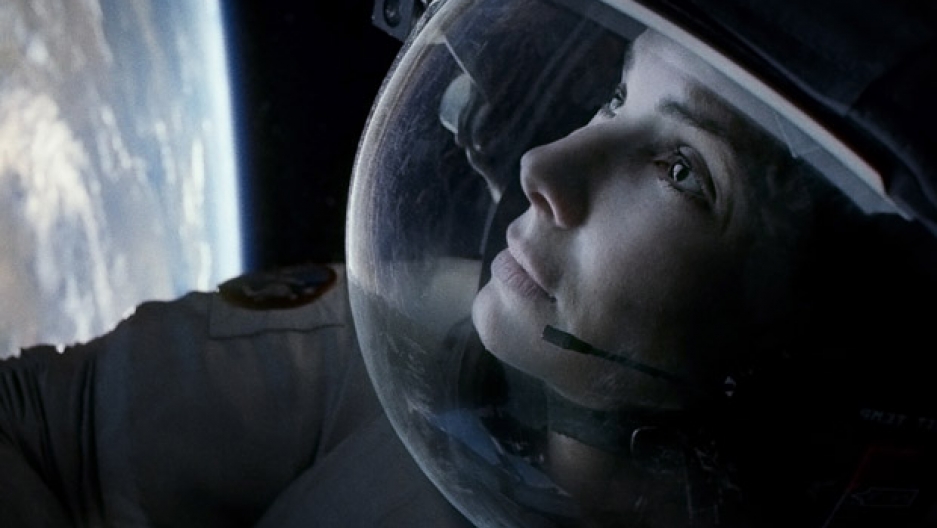 Our man Oscar played it safe again this year. It's doubtful too many people will take issue with Gravity (a hugely successful drama with innovative film techniques) and American Hustle (a hugely commercial drama with great performances) leading the pack of nominations with ten each. But the Academy did bring a few surprises. Take Jonah Hill, who has now been nominated for more Oscars than Gary Oldman. And Lee Daniels' The Butler, which pulled-in a grand total of zero nominations, while one of myfavorites of the year, Bad Grandpa, scored one for hair and makeup.

Gravity director Alfonso Cuarn said his film "would be completely shallow if not for the biggest visual effect --- the performance of Sandra Bullock." The Academy evidently felt the same way, granting the Oscar-winner her second nomination. In fact, "Actress in a Leading Role" appears to be one of the few categories in which women weren't totally snubbed. Let's hope 2014 brings a few more strong features from female directors, to keep Payne, Scorsese, McQueen, Russell, and Cuarn company, eh?

WATCH: 2014 Oscar-nominated movies you can view at home

The competition for Best Actor in a Leading Role ranges from a good-looking guy who packed-on 50 pounds (Christian Bale) to a good looking guy who lost 50 pounds (Matthew McConaughey). The Academy also recognized Chiwetel Ejiofor was for his powerful performance in 12 Years a Slave, Leonardo DiCaprio for his comedic turn in Wolf of Wall Street, and Hollywood veteran Bruce Dern for playing himself in Nebraska. Dern told Kurt Andersen that Payne was "the best director I've ever worked for," and that the film featured the "the hardest scene I had ever done."

The Academy loves a comeback story, which might skew the odds in McConaughey's favor. Let's hope the narrative vote also works for June Squibb. The 84-year-old actress stole every scene she could in Nebraska and told Kurt being nominated, "would be the neatest thing in the world." Second-neatest, June. Second-neatest.

The Wolf of Wall Street

Best Actor in a Leading Role

Best Actress in a Leading Role

Best Actor in a Supporting Role

Best Actress in a Supporting Role

The Act of Killing

Cutie and the Boxer

Karama Has No Walls

The Lady in Number 6: Music Saved My Life

Her -- William Butler and Owen Pallett

"Happy" from Despicable Me 2

"The Moon Song," from Her

Room on the Broom

Aquel No Era Yo (That Wasn't Me)

Pitaako Mun Kaikki Hoitaa? (Do I Have to Take Care of Everything?)

The Wolf of Wall Street