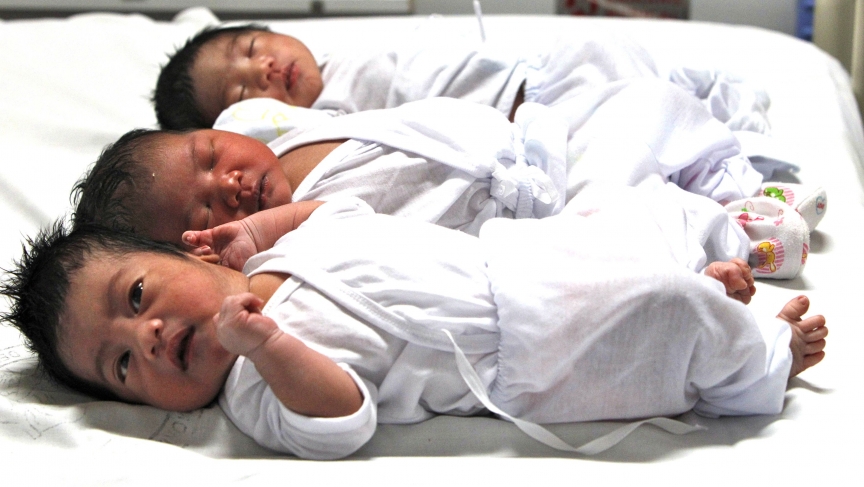 There's plenty we don't know about how we start speaking. We are constantly trying to discover more, but much of the process remains a mystery. How do we start conversing, picking up the grammar as we go along? Two new studies cast light on the early stages of language acquisition.

A study at the University of Auckland in New Zealand considered infants' recognition of a second language. It found that infants as young as 13 months could distinguish between languages. They could tell when adult speakers used different words for different things. The kids were shown videos of English and French nursery rhymes. Researchers concluded that the infants came to understand that certain items were described differently in English and French.

"Infants appreciate that words are not shared by speakers of different languages, suggesting that infants have a fairly nuanced understanding of the conventional nature of language," said study co-author Annette Henderson.

"People often think that babies absorb language and you don't have to teach them, and they do absorb it and they learn very passively, but they're not just learning willy-nilly," she said.

Another way infants learn is through adult baby talk. Yes, that often annoying way that adults speak to babies — slowly, elongating some vowels: "How are youuuuuuu?" The more an adult talks that way, making it clear to the infant that this is a one-on-one interaction, the quicker the infant picks up words.

"Some parents produce baby talk naturally and they don't realize they're benefiting their children," said the study's co-author Nairán Ramírez-Esparza. "What this study is adding is that how you talk to children matters."

These studies were a couple of the topics Cartoon Queen Carol Hills and I discussed in the podcast. Here are the others: