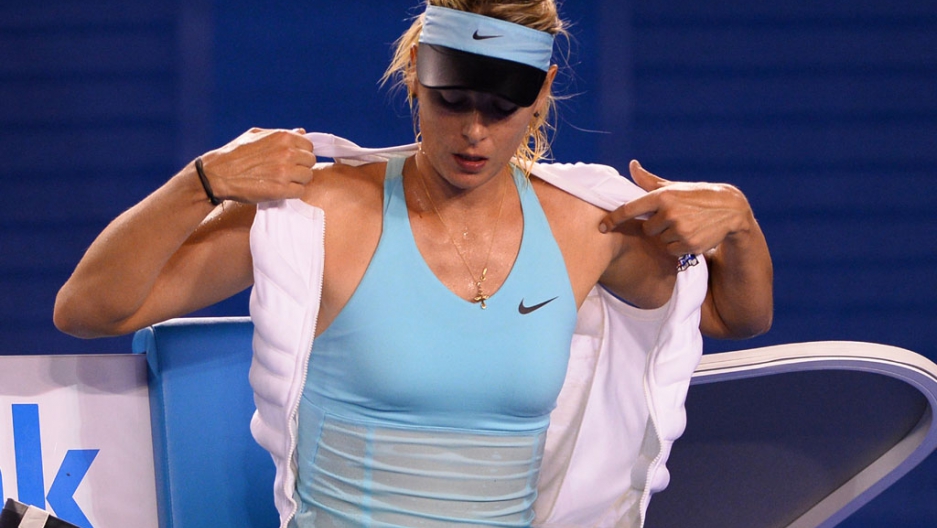 Russia's Maria Sharapova takes off an ice vest during a break in her women's singles match against Bethanie Mattek-Sands of the United States on day two of the 2014 Australian Open tennis tournament in Melbourne on Jan. 14, 2014.
Credit: WILLIAM WEST
Share

Temperatures soared above 100 degrees in South Australia this week, and players at the Australian Open suffered the consequences.

Maria Sharapova and other top tennis players turned to ice vests to keep cool in between games, and several have actually fainted on the court or suffered heat-related injuries like severe cramping.

Many of the fans brave enough to attend were slumped in the stands with towels draped over their heads or parked in front of the mist fans sprinkled throughout the complex in Melbourne.

"I think it's inhumane, I don't think it's fair to anybody, to the players, to the fans, to the sport, when you see players pulling out of matches, passing out," Canadian tennis player Frank Dancevic told reporters after his match, during which he fainted.

"I've played five set matches all my life and being out there for a set and a half and passing out with heat-stroke, it's not normal."