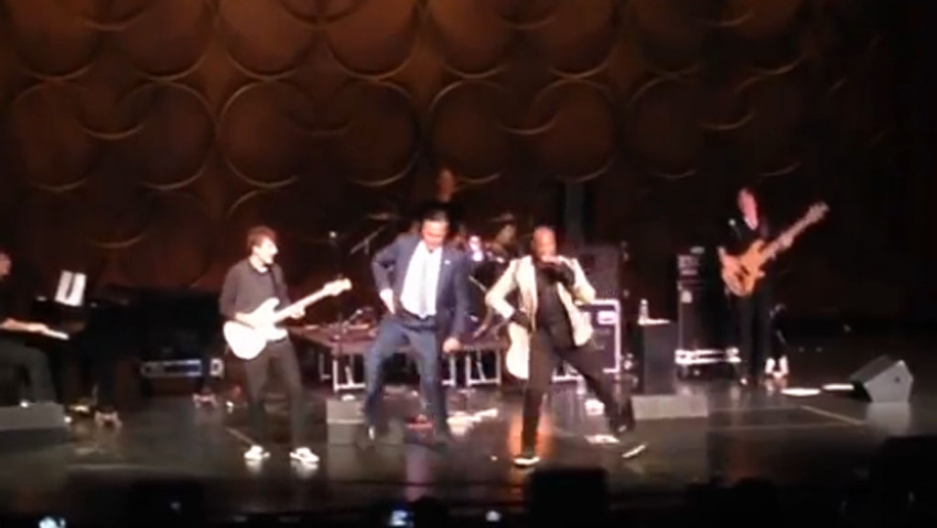 Former presidential candidate Mitt Romney did his best "Gangnam Style" over the weekend at a Mormon convention for singles in Arizona.

And the results are just bad.

The 66-year-old former Massachusetts governor pulls off what looks like a cross between "Gangnam Style" and a weird Irish jig, but the crowd didn't seem to mind, roaring in approval as he hopped awkwardly across the stage in a suit.

Here's a closeup of the performance:

Romney and his wife, Ann, were featured speakers at the three-day conference in Phoenix.

No word on whether Ann got in on the Gangnam fun.

In a weird twist, here's College Humor poking fun at the former presidential candidate during the 2012 campaign with "Mitt Romney Style:"