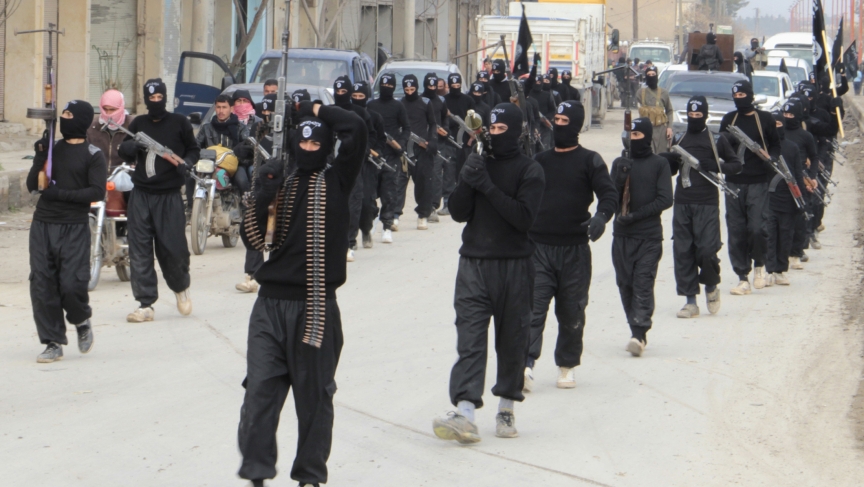 Fighters from the al-Qaeda-linked Islamic State of Iraq and the Levant group carry their weapons during a parade in the Syrian town of Tel Abyad, near the border with Turkey, on January 2, 2014.

The line out of the White House about al-Qaeda is the terrorist group's leaders have mostly been rooted from their caves in the mountains of Afghanistan and the remnants have struggled to re-organize.

But the recent news out of Iraq and Syria suggests that al-Qaeda has resurfaced. That's what some experts are expressing too. So who's right?

According to Fawaz Gerges, a professor at the London School of Economics and author of a book called "The rise and fall of al-Qaeda," there is a distinction between the central al-Qaeda and the groups that have resurfaced in Syria and Iraq.

Gerges says there are major operational and conceptual differences between these local groups and the global movement. He says militants who take up arms and travel from foreign countries to places like Syria and Iraq don't necessarily need to take order from the central al-Qaeda.

"Most of the fighters who are going to fight in Syria are motivated by the brutal images of killings and torture and massive use of force inside Syria," he says.

So they're targeting the government of Nouri al-Maliki and Bashar al-Assad. They enter these battlegrounds and often leave more radicalized.

"This is the real fear, that no one can tell you what happens once radicalization takes place," Gerges says, adding that the same process took place in the 1980s in Pakistan and Afghanistan. "At that time, the fight against the near enemy mutated into a global fight against the far enemy."

Gerges says the al-Qaeda of Osama bin Laden no longer exist as an effective organization.

"It's gone. It's dead. It's a shadow of its former self," he says. But what does remain is its ideology and that ideology travels through borders.

"The ideology is about the victimization, about threats to the Muslim communities, the need to challenge the near and far enemy and use violence if needed," Gerges says. "Most of all to establish an Islamic-based state."