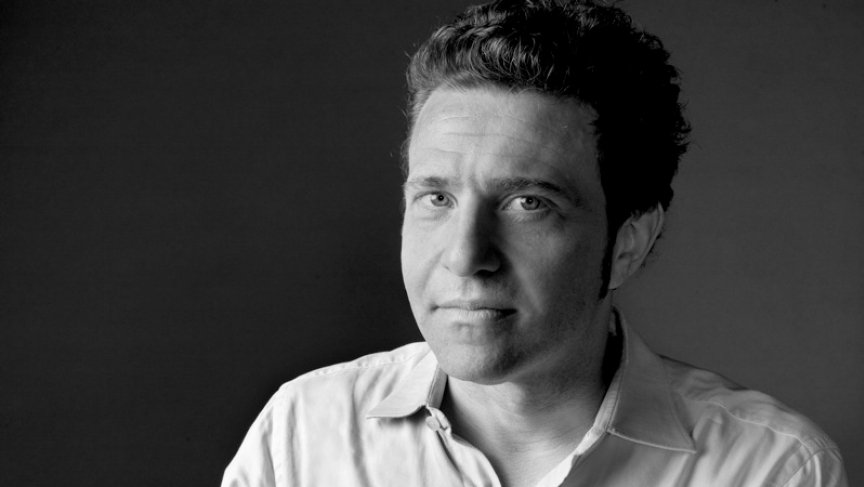 David Gordon wrote a book a few years back called "The Serialist." It's a sort of highbrow literary thriller set in New York.

"It's about a pulp writer, a guy who gets by writing multiple book series under multiple names," Gordon says.

He's kind of eking out a living, hanging out in Queens. Then, according to Gordon, his writer gets a "once-in-a-lifetime offer where a famous serial killer on death row says to him, 'I'm a fan of yours and I want you to ghostwrite my memoir, where I'm finally going to tell the kind of crimes I committed before I'm executed.' And he ends up getting involved in a murder mystery."

Thus, "The Serialist" was born. And became a runaway hit. But the success came in a place Gordon didn't expect: in Japan, where it won three Japanese literary contests.

"I found out that, in fact, that I was the first person, apparantly in history, to win all three of those contests," he says.

Gordon suspects it appealed to the Japanese because they like "these kinds of cult writers, science-fiction writers, old gangster novels from the '40s and '50s."

The popularity of the book led to a film treatment, too. Gordon was invited to attend the premiere of the film in Tokyo where he walked on the red carpet with the movie's Japanese actors.

"I showed up at the airport, [where] my editor was to meet [me], but there was also a TV crew waiting to interview me," he says.  "[That's] not what normally happens when I hop on a plane in the US."

Gordon says the whole experice doesn't feel real — and that it was all over quickly.

"I've wanted to be a writer since second or third grade, and really dedicated my life to it. And for a long time, nobody really cared. At all," he says. "But to suddenly, weirdly, have rooms full of people applauding this thing that you've been doing on your own in a room by yourself for the last 20 years, is really intense."

Life back in the US is a bit strange for Gordon, where he's not recognized as that famous Japanese author.

"I have to teach a class this week. I'm definitely not a super star," he says.