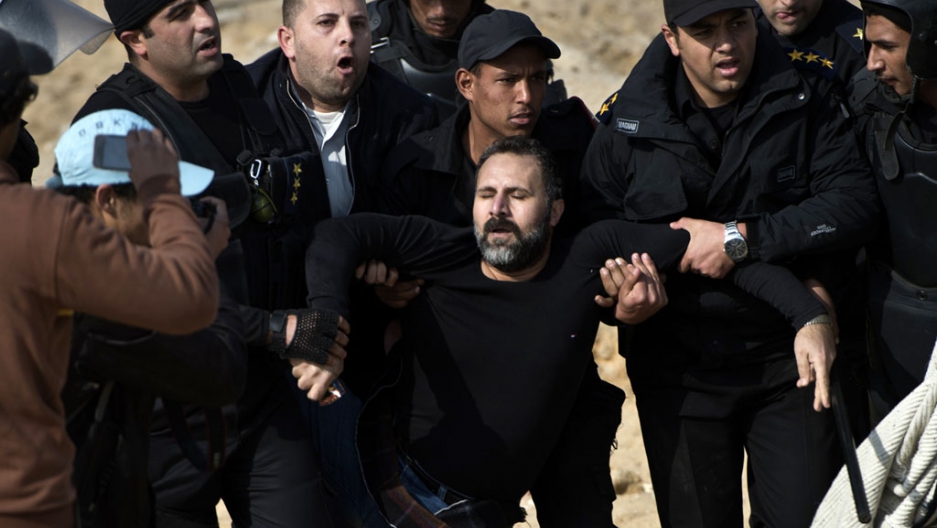 CAIRO — Egyptians vote this week for the first time since Mohamed Morsi's downfall in a constitutional referendum that will likely give a final push to a presidential bid by the man who deposed him, army chief General Abdel Fattah al-Sisi.

Approval of the rewritten constitution appears a foregone conclusion: Morsi's now outlawed Muslim Brotherhood is urging a boycott rather than a "no" vote, while many Egyptians who backed his overthrow are expected to vote "yes" in a show of support for the army-backed order that has replaced Islamist rule.

The state is urging citizens to vote in numbers on Tuesday and Wednesday. Analysts say it hopes that the turnout and the 'yes' vote will outstrip ballots won by the Muslim Brotherhood to give the new order an electoral seal of legitimacy.

"Egypt is on the threshold of a decisive stage in its history, the results of which are awaited by the world," Sisi said on Saturday in public remarks that included the clearest indication to date that he will stand.

"If I run, then it must be at the request of the people, and with a mandate from my army," said the 59-year-old, who is depicted by his supporters as a savior who will restore stability to a country that seen three years of turmoil.

Sisi deposed Morsi, Egypt's first freely elected head of state, on July 3 following mass protests against his rule. His Islamist opponents see him as the mastermind of a coup that set off the worst internal strife in Egypt's modern history.

As the referendum approaches, Sisi's supporters are conflating him and the constitution into one: "Yes to the constitution" declares one banner strung from a Cairo building, alongside a photo of Sisi in army uniform.

POLICE OUT IN FORCE

Sisi appeared on state TV again on Sunday, addressing members of the security forces set to provide security for the vote. The Interior Ministry will deploy 220,000 policemen and 500 combat units, state TV reported. Troops will also be used.

The referendum is a key element of a transition plan the government unveiled in July with the stated aim of restoring democracy, while simultaneously launching a fierce crackdown on the Brotherhood, Egypt's best organized party until last year.

Driven underground and declared a terrorist group on December 25, the Brotherhood has said it will not take part in the road map. A presidential vote is expected as early as April, once the referendum is approved, with a parliamentary election later.

"What will count is the percentage of Egyptians who go," said Hassan Nafaa, a professor of political science at Cairo University. "It will be very clear to the whole world whether this was a revolution against Morsi or a coup d'etat."

The constitution will replace one signed into law by Morsi a little more than a year ago after it was approved in a referendum. The new text strips out controversial Islamist language while strengthening state institutions that opposed Morsi's rule: the military, the police and the judiciary.

Its supporters include the ultra-orthodox Islamist Nour Party, which backed Morsi's removal, the official Islamic establishment of Al-Azhar and the Coptic Church.

The draft has won some praise for its stronger human rights protections, even as the authorities have cracked down on dissent with moves including a new law that tightly curbs protests, drawing criticism from Western governments.

With the Brotherhood boycotting, there have been no signs of a major effort to mobilize a 'no' vote, and little or no criticism of the draft constitution in Egyptian media, which are overwhelmingly hostile to the Muslim Brotherhood.

The United States expressed concern last week after reports that three political activists had been arrested while campaigning for a 'no' vote in the referendum, said Jen Psaki, spokeswoman for the U.S. State Department.

The Carter Center, which has deployed election monitors for most of Egypt's votes, also said last week it was "deeply concerned about the polarized environment and the narrowed political space surrounding the upcoming referendum".

It also cited concerns about the "lack of an inclusive process for drafting and publicly debating the draft".

This will be the third time Egyptians have voted on constitutional arrangements since the historic uprising against President Hosni Mubarak in January, 2011, and overall the sixth time they have gone to the polls since his downfall.

Political turmoil, economic crises and a failed experiment with democracy have made many Egyptians yearn for stability.

"There is no order. We want justice, we want stability, we want the police on the streets," said Menatalla Mohamed, a 33-year-old florist, explaining why she will vote 'yes' this week.

Morsi's Islamists allies last week issued a statement calling for continued protests. "Of course I will boycott because this constitution comes after a coup against a legitimate president," said Mohamed Mustafa, a 26-year-old Brotherhood activist in the coastal city of Alexandria.

"I will also boycott because the blood of thousands of people has been spilt and there are thousands of detainees."

The security forces killed hundreds of Morsi supporters in the weeks after his removal. Meanwhile, bombings and shootings targeting the security forces have become commonplace, with several hundred soldiers and policemen killed.