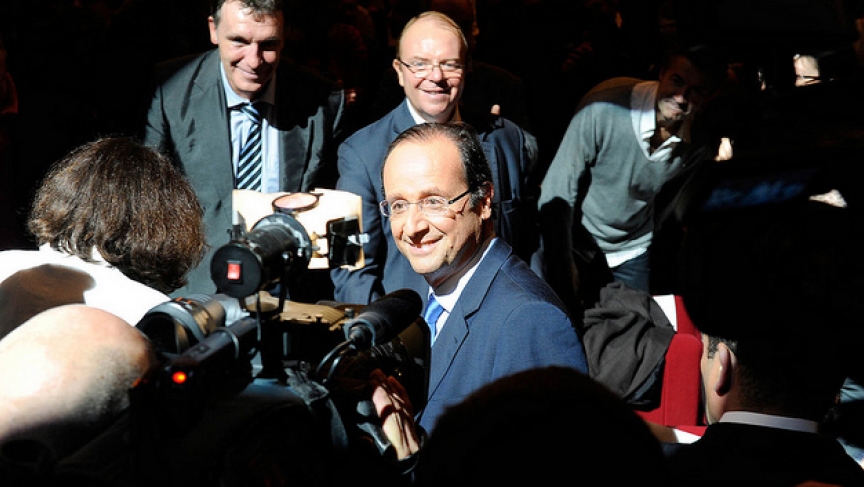 French President François Hollande is accused of having an affair with a French actress.

French President François Hollande routinely rides his scooter across Paris to spend the night with a mistress, French actress Julie Gayet. That's according to a report from tabloid magazine Closer.

The alleged affair has created yet another headache for the increasingly unpopular president. Hollande blasted Closer's decision to publish details of his alleged affair, saying they invaded his privacy, and threatened legal action. Surprisingly, he never denied that he was having an affair.

But even more surprising, says French journalist Agnes Poirier, is that a private affair made headlines in France at all. Former president Jacques Chirac is believed to have had many affairs. His predecessor, Francois Mitterrand, even had a daughter born to a mistress. Hollande isn't married, but has had a long-running relationship with Valerie Trierweiler.

"Thirty years ago, nobody would've dared — certainly not journalists — to reveal that the French president might be having an affair with a French actress," Poirier said. But times have changed and opinions about what constitutes privacy have also evolved, she added.

Still, timing of the alleged affair couldn't be worse for Hollande, according to Poirier. Hollande is dealing with a struggling economy, high unemployment, as well as two military operations — one in Mali and another in the Central African Republic. Hollande's approval ratings are so dismal he's become the most unpopular president in French history, Poirier wrote in an article for The Guardian.

"He's very much at a time in his presidency when he has to reassert himself as charismatic, serious, [and] making strong decisions for the French economy," Poirier said. "To see him on the streets of Paris frolicking on his scooter is not necessarily the publicity he's looking for."

Closer, in the face of threats and denouncements, pulled the story from its website Friday afternoon. The magazine's managing editor told the UK's Sky News it removed the piece at the request of Gayet, but has had no direct contact with Hollande's office.