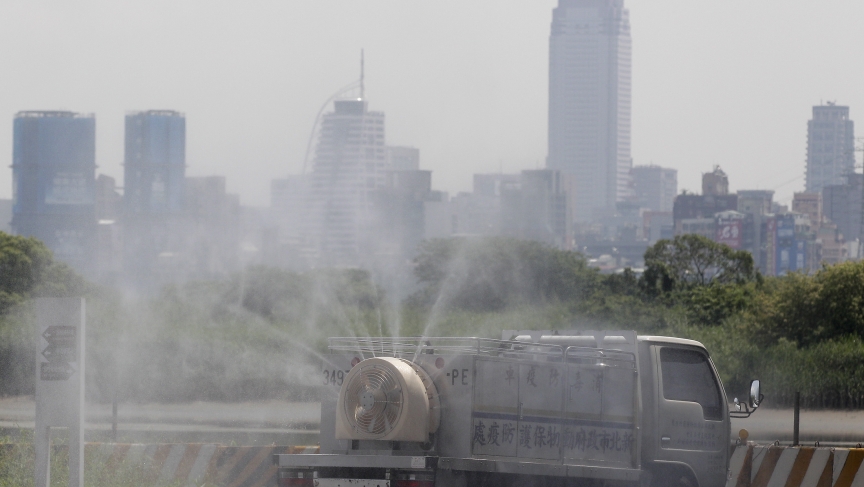 A New Taipei City Department of Environmental Protection truck sprays disinfectant in Hua Jiang park in New Taipei city April 29, 2013. They were spraying for H7N9, a different strain of bird flu than the H5N1 that killed a Canadian woman.

H5N1 influenza, better known as avian flu, was first identified in 1997 in Hong Kong. Now, it's reared its head again, as it has occasionally over the last 16 years.

The CBC reports that a woman from Alberta, Canada, who recently traveled to Beijing, got sick with avian flu. She died on Jan. 3, after spending two days in a hospital.

Health officials say there are no signs of human-to-human contact, but they don't know how the woman contracted the disease. She never left Beijing, nor visited farms or markets. In almost all cases, avian flu can be traced back to close contact with birds. The New Scientist offers background on where avian flu came from, and how it has changed over the years.

The real story behind '12 Years A Slave'

One of this year’s most critically-acclaimed films, 12 Years A Slave, is based on the true story of Solomon Northup, a free-born black man who lived more than 150 years ago. The BBC has been looking into the real life of Northup, who was kidnapped into slavery and then, essentially, forgotten by history. Northup spent 12 years in slavery before being rescued by friends.

US vets reflect on the new fight for Fallujah, Iraq

Ten years ago, US troops put down a rebellion by Islamist rebels in a bloody battle for Fallujah. Now, an Islamist group affiliated with al-Qaeda has taken control of the city.

PRI's The World heard from a number of US veterans of the Iraq War who are disappointed that the lives sacrificed to take back Fallujah seemingly have been squandered since the US pullout from Iraq at the end of 2011. Meanwhile, the BBC looks at how all sides in the current conflict are abusing civilians.

Armed police in the UK will get an accessory: body cameras

In 2011, Mark Duggan was shot and killed by a UK police officer. Unlike in the US, not all cops have guns in the UK, but a proposal would have those that carry guns also wear body cameras to capture their interactions.

The proposal is in response to Duggan's death, which was so controversial it inspired riots across London, as well as recent and controversial police-involved shooting. The idea of the cameras is to provide better evidence against criminals, and to offer the public better evidence of police behavior, as the BBC reports.

Every year, thousands of gray whales make the trip from Alaska to the warm water off Mexico to give birth to their calves. One of the whales that made the journey this year, though, gave birth to conjoined twins, complete with distinct heads and tails, but joined at the stomach. The twins were spotted alive for a brief time, before they died and washed up on the beach. The Guardian has more on this environmental surprise.

In a Nigerian hospital, low-tech is better than high-tech

Dr. Oluyombo Awojobi runs a hospital in a small community in Nigeria, where medical equipment, replacement parts and steady electricity are hard to count on. So he's invented his own equipment, using old bicycle parts and unused odd parts.

His inventions have taken him off the electric grid. PRI's The World has the story and pictures, and is inviting questions from you for Dr. Awojobi. He's answering them in the story's comments.

We've told you about the cold in Siberia and the heat in Australia, but when you put them next to each other, the difference is stunning. The folks at AccuWeather pointed out that the difference in temperatures between Onslow, Australia, where it was 120 degrees Fahrenheit on Wednesday, versus Khabyardino, Russia, where it's -72 degrees Fahrenheit, is a whopping 192 degrees.

Outrage builds over violence in Venezuela 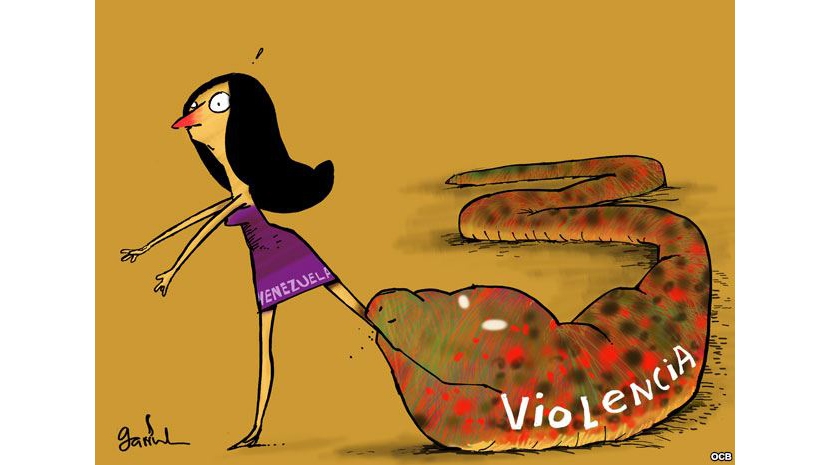