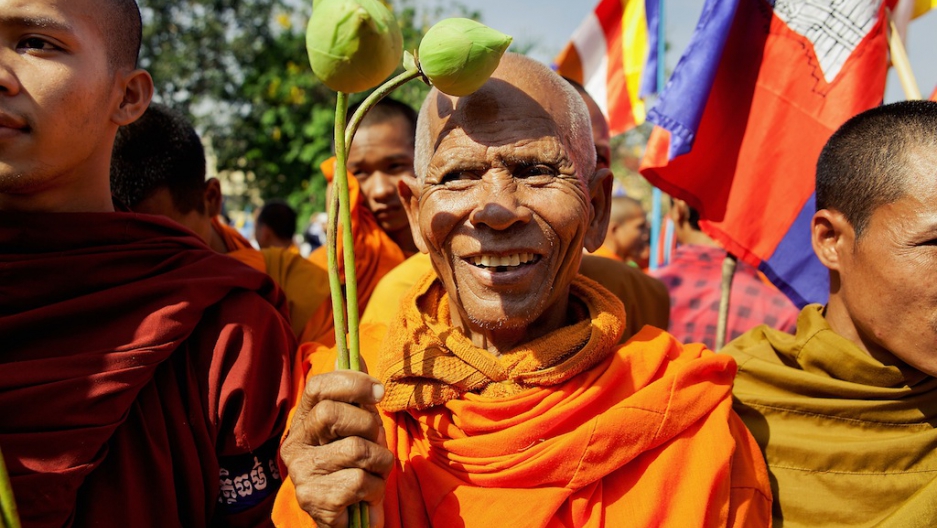 LONDON — Belief is a blog about the intersection of religion and politics. Over the last few decades this has become a very bloody crossroads.

Today in the Central African Republic, Mali, Nigeria, Darfur and Sudan it is Muslims versus Christians and animists.

In Syria and Iraq, it is Sunni versus Shi'a versus Christians versus secularists.

In Sri Lanka's civil war, the Tamil minority fighting for a separate state was overwhelmingly Hindu. The government forces that crushed them and allegedly committed one of the under-reported war crimes of this century were Buddhist.

In the Balkans, it was Catholic versus Orthodox versus Muslim.

People in the developed world are shocked by the savagery of these conflicts since our wars of religion ended 350 years ago and religion has been more or less separate from politics for the last two hundred.

But that's the historical exception rather than the rule.

From the beginning, most religious movements have had a political component. Indeed, playing politics was the only way for new faiths to survive.

I was reminded of this while on assignment in India and China recently reporting on the simultaneous origins of Buddhism and Confucianism.

In India, I was taken to Nalanda, the site of one of the world's first universities, by a Buddhist monk named Kabir Saxena.

Nalanda is one of the most impressive and best-kept archaeological sites in India. In its heyday,1,500 years ago, Buddhist scholars came from all over Asia to study here.

We sat in the remains of a monk's cell on the second floor and Saxena told me how the religion was founded.

We think of Buddhism as an unworldly faith but its founder was a shrewd political practitioner. Siddhartha Gautama, the Buddha, was born a prince of a warrior clan. He knew how to conduct himself at the highest levels of society.

Maghada in northern India, where Buddha lived, was going through tremendous social change during his lifetime—new kingdoms were forming, new cities were being built. The old religious order of Brahmanic Hinduism was being challenged.

The new rulers and their newly rich subjects happily listened to debates about the way of the world and about faith. Their patronage became essential for the Buddha's teachings to survive.

After his death, Buddha's disciples continued this competitive search for patronage. Two centuries later came the great moment of consolidation.

Ashoka, one of the greatest warrior kings in history, extended the Mauryan Empire to include almost all of India and modern Pakistan and westward deep into Afghanistan and Iran.

Ashoka did it with epic violence. Following the battle of Kalinga, where he slaughtered an estimated 100,000 people. Legend says he was deeply moved by the sufferings of the survivors and the families of the dead.

Buddhism is a peaceful teaching that offers a path to understanding suffering in the world. Ashoka converted to Buddhism and made it the official religion of his empire. He intertwined the leadership of the religious order with his government.

With this political endorsement Buddhism then spread rapidly along the trade routes that enriched the Mauryan Empire: south to Sri Lanka and east towards Thailand and Burma.

When Saxena had finished telling me this story I asked my monk friend if he was aware of the parallels with the establishment of Christianity.

Christianity was one of many faiths in the Roman Empire. After the early persecutions the church fathers specifically tried to convert the patrician class to their teachings. When the Emperor Constantine converted and made Christianity the official religion of Rome in 313 CE. it spread even more rapidly, like Buddhism.

"We would be rather naughty in Buddhism and say that Christ learned a lot of what he later expounded by traveling east and picking it up in Asia," Saxena says.

And as for the pursuit of political connections and influence, Saxena is sure that the disciples new how Buddhism had spread through its close connections to India's rulers. "There's no way his disciples in Palestine couldn't have known about what was happening here given the amount of trade that went on between India and the Roman world."

Over the Himalayas, in China, there was a similar intertwining of religion and politics.

Confucianism grew directly out of politics. Confucius was the son of a soldier and grew up in and around the royal court of the Kingdom of Lu and in the first part of his adult life worked as a civil servant.

He and Buddha were born at almost exactly the same time and just like Buddha he grew to manhood in a society going through tremendous social and political upheaval.

Confucius's teaching is about trying to create a harmonic political world in which all people from the highest to the lowest act properly "under heaven."

For a time after his death Confucius teachings fell into disfavor. But around the time Ashoka was making Buddhism the official religion of his empire, the Han rulers of China made Confucian teaching the official spiritual teaching of their empire.

Peking University Professor Weiming Tu said, "the heir apparent would memorize the Confucian classics which emphasize 'self cultivation'. If there is no self-cultivation you cannot regulate your family, you cannot bring harmony to the world. You cannot be a moral person and no matter how powerful you are your influence will be negative."

Confucianism may or may not be a religion—but it is a system of belief and it has underpinned Chinese politics for more than 2,000 years.

Ironically, Buddhism eventually found its way to China where the two godless faith systems vied for political patronage. Sometimes the competition was bloody. Whether it was the politics that inspired the violence or faith is hard to say.

Today, the competition between the two continues. Buddhism is one of China's officially accepted religions. Confucianism is not official—many would say it is not a religion at all, although I'm not sure about that—but it is much more influential at a political level.

Politics, whether violent or of the more manageable kind, as it always has been, remains an essential component of religion in its relationship to society.