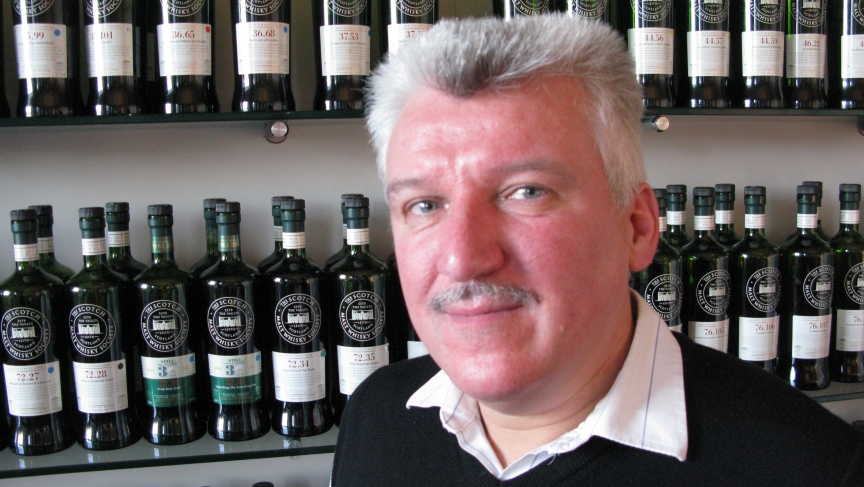 German-born Olaf Meier is an ambassador for the Scotch Malt Whisky Society, which is based in Edinburgh.

Maybe you had a wee drop of single malt over Hogmanay — that's New Year's in Scotland.

A single malt is a Scotch whisky made at single distilleries, using only malted barley. And the spirit is celebrated at the Scotch Malt Whisky Society, founded in Edinburgh.

But the society isn't quite as Scottish as you might think. Olaf Meier is an ambassador for the society, and he's German. Just 30 years ago, when he came to Scotland, he didn't know a thing about whisky.

“I come from the southern part of Germany, so I enjoyed wine and beer. Then I came to Scotland and had a wonderful experience of staying with a couple. On the first night we had a meal and at the end of the meal, the gentleman said, now, we’re going to have a dram,” he recalls.

That was Meier’s first whisky ever — and he certainly enjoyed it.

“This gentleman was a true Scotsman,” remembers Meier. “He was proud to be Scottish and he told me where to go over the next four weeks in Scotland. He said, 'Olaf, every night, you’re going to end up in a pub and I’m sure, as a German, you’re going to drink beer, but you have to drink Scotch whisky. That’s the drink of Scotland.'”

The gentleman also advised Olaf "not to drink the stuff just hanging at the bar, because that's blended."

“You have to drink single malt whisky because that’s what Scotland is all about,” he added.

So, Meier went on a tasting expedition and when his vacation was over, he returned to Germany, put away his backpack and began a career in banking. But he kept on tasting whisky whenever he could.

After a few years, his work took him to London, and then, as luck would have it, onto Edinburgh.

Soon, Meier became a full-time ambassador for the Scotch Malt Whisky Society. Part of his job is to sample single-malts — something he does often.

“The first thing I noticed is the vanilla flavor typical for American oak casks. That’s where American whiskies get their flavor, from oak casks they have to use fresh,” Meier explains as he takes a taste. “When those American bourbon or Tennessee whiskies get emptied out, the casks become worthless for the American whiskey industry.”

They are either shipped to the Caribbean where they're used to mature rum, or they get shipped to Scotland for use in making Scotch.

Back to the whisky Olaf Meier is tasting. It's at cask strength — that means undiluted by water.

And it has a surprise in store, too. “For a 17-year-old, it’s got quite a young flavor to it — but that’s what we’re looking for here at the society,” Meier says. “Every single cask is different, just like people with their individual finger prints.”