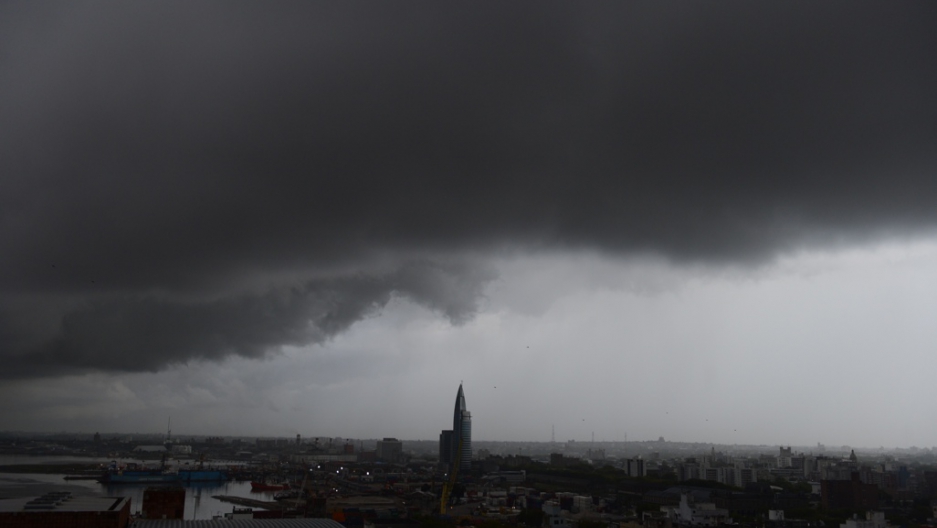 MONTEVIDEO, Uruguay — It’s an interesting time to be an immigrant in the tiny Latin American country of Uruguay.

My wife and I are watching, amused and a little befuddled, as this laid-back nation of almost 4 million people has become the toast of the continent. From gushing travelogues in major dailies to starry-eyed profiles of this country’s sandal-clad marijuana-legalizing president, Jose “Pepe” Mujica, the world’s attention has turned in the past few weeks to the country we moved to six months ago.

Much of what has been written is true.

This is a bucolic place, where cows outnumber humans and the people are warm, sweet and generous. Recently the sun has shone on our little corner of South America and we’ve enjoyed the beaches east of Montevideo, while grilling sumptuous meat and enjoying copious amounts of the delicious, cheap local Tannat wine.

But when BuzzFeed recently published “21 Reasons Why You Need to Move to Uruguay in 2014,” it all got a bit too much.

This country’s nice and all, but it’s also got some pretty significant downfalls that have been mentioned in the briefest of terms among all the recent fluff.

So let’s take a look.

Here’s some bitching and moaning from someone who’s spent more than a couple of expense-fueled days in Uruguay, and who reckons most of you should actually think twice, or thrice, before packing your bags and moving down here.

At least not between June and November. Instead, think dreary, overcast, wet and dank. It gets legitimately cold here, too. The weather here throughout the winter and much of spring and fall is much more London than Los Angeles.

Then there’s the summer. Uruguay has been roasting the last couple of weeks. The interior of the country recently reached 122 degrees Fahrenheit. You like your summers hot and sweaty? Then come on down.

A garbage collectors' strike in 2010 left heaps of trash spilling out of containers in Montevideo. (Miguel Rojo/AFP/Getty Images)

But when it comes to keeping stuff clean, this country’s stuck a few decades back.

Firstly, the beaches of Montevideo — the capital city’s main asset — are blanketed in garbage for much of the year. And we’re talking serious trash: old fridges, rotting fish carcasses and plastic by the truckload.

Inland, it’s much the same.

Trash piles up on almost every street corner of Montevideo (at least during the winter; the place spiffs up considerably in the summer). Drive out to the country on the main roads and you’ll see that every rest area has become an impromptu dumpsite, packed with plastic bags and glass bottles.

It’s a mess, and this forward-looking country could and should do much better.

3. A marijuana law with a big flaw

Not to a majority of Uruguayans. Polls show about 60 percent oppose the law.

Perhaps more surprising, even Uruguay’s best-known pro-legalization activists are against it. Juan Vaz and Alicia Castilla, whose arrests for possession of cannabis plants are widely credited with sparking a new discussion on pot legalization, both have told me they hate the new law that passed earlier this month.

To buy weed here, you have to register with the government, which will track your pot purchases, capped at 40 grams a month.

That’s of serious concern to some activists, who call the law regressive and Orwellian.

If you like grilled red meat, you’ll be in heaven in Uruguay.

But if you like a little variety, any variety in the restaurants, tough luck.

The lack of good, inventive food in Montevideo, a city of more than a million people, is astonishing. When friends visit, we’re at a loss as to where to take them out for dinner.

Even with its long and luxurious coastline, Uruguay’s seafood is an utter disappointment. Visit a fish shop and you’re likely to be offered frozen, cooked shrimp and imported salmon from Chile. And it’s all crazy expensive.

It costs a pretty peso to live in Uruguay. (Pablo Porciuncula/AFP/Getty Images)

In North America and Europe, many people think of South America as a collection of shambolic banana republics — amiable, if a little dangerous countries where the cold beer flows freely and the living is easy and cheap.

Of course it’s not. But nowhere on this continent is the happy concept of a cheap haven further from the truth than in Uruguay.

A month before I moved here, a friend in Montevideo warned me about the expenses to come. “This is the most expensive country on Earth,” he wrote. “Bring everything you can with you.”

That may be a little hyperbolic. But the cost of living here is much, much higher than you’d expect, especially if you’re in the habit of buying anything that’s of a decent quality or — horror of horrors — imported.

Uruguay charges such high import duties on everything from diapers to cars that prices are vastly inflated for quality goods.

Our daughter’s stroller cost us about $250 in a Target in San Diego. The same model’s on sale in a Montevideo mall for $800.

And it’s not just imported stuff. Rent for our three-bedroom apartment in a nice part of town is about $1,500 a month. That’s not crazy expensive, but it ain’t cheap, either.

And Uruguay has some of the priciest power costs on the planet. Our first energy bill was about $600 — for two weeks. After that, we turned our heating off and huddled around the fire instead.

There is a lengthy bureaucratic process for everything here, from setting up a phone line to getting a local ID.

To leave the country, whether on a 10-day reporting trip to Brazil or a weekend in Buenos Aires, I have to wait hours at a chaotic office in downtown Montevideo to pay a $25 fee for permission to leave and re-enter the country.

Come on down, but expect to spend hours and hours sitting in an uncomfortable chair, waiting for your number to be called.

Just mooooogle it. A Uruguayan schoolgirl takes a picture of a calf during a class visit to a farm with her laptop, which was part of a government plan to distribute computers to every student. (Miguel Rojo/AFP/Getty Images)

But largely speaking, the country has failed to embrace technology — particularly the internet.

Web use has been steadily rising here for the last few years and now stands at about 55 percent, according to the World Bank, about average for this part of the world, but still far lower than in the United States (81 percent) or UK (88 percent).

And very few transactions can be done online here, even though studies show e-commerce is growing quickly in neighboring countries.

The idea of paying online seems to be considered a weird, futuristic concept to most companies and government bodies in Uruguay. For example, you have to line up for ages at a little office in a shopping mall or supermarket to pay your paper bills in cash.

And that’s another thing. In neighboring Brazil, shoppers can buy anything with a credit card, including a cup of acai from a street vendor. Here, many restaurants only accept cash.

My wife’s a teacher at the private, and excellent, Uruguayan American School in Montevideo. That means our 5-year-old can get a great education here.

However, it’s worth noting that even low-income parents here strive to get their kids into a private school in order to avoid the public education system.

In 2009, the Organization for Economic Cooperation and Development (OECD) ranked Uruguay way down the table on its Program for International Student Assessment. Uruguay sat alongside Mexico and Bulgaria, and its scores for reading and math were well below the United States.

The results helped trigger a national debate here about a “crisis in education.”

So, parents looking to move down here, start saving for some serious school fees, upwards of a few thousands dollars a semester.

Uruguay’s a fantastic place to visit. You’ll love the unspoiled, empty beaches (at least away from Montevideo). You’ll gorge on the best grass-fed (by law) beef in the world and sip flavorful red wine until your lips are purple.

And you’ll meet a nation pushing the boundaries of progressive politics while maintaining a minimal ego, a “tranquilo” nature and a welcoming spirit.

But as for moving down here? You might want to look beyond President Mujica’s sandals and the ubiquitous photos of smiling, stoned and beautiful youngsters to a reality that’s a little less cartoonish.