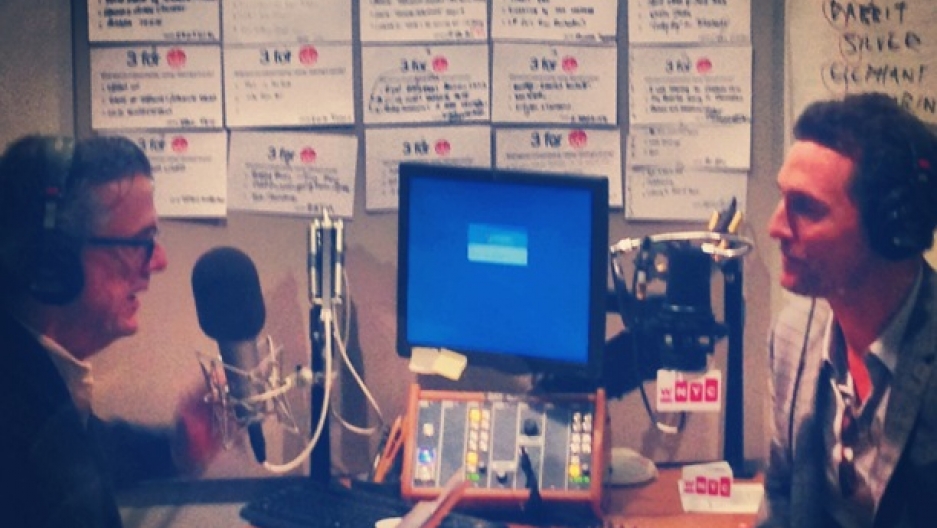 You might not assume it from his rugged good looks, but Matthew McConaughey is one of the most versatile actors in Hollywood. He played an idealistic reporter, an exotic dancer, and a mysterious fugitive --- and that was all in one year.

So when McConaugheycame in to talk with Kurt Andersen about his movie Dallas Buyers Club, we had to slip in a couple questions in about his oeuvre.

Kurt knew there wasn't time to ask him about all his career highlights in detail, so he suggested a sort of free association interview.

Can you match the movie titles with McConaughey's descriptions? Listen to the audio above for the answers.