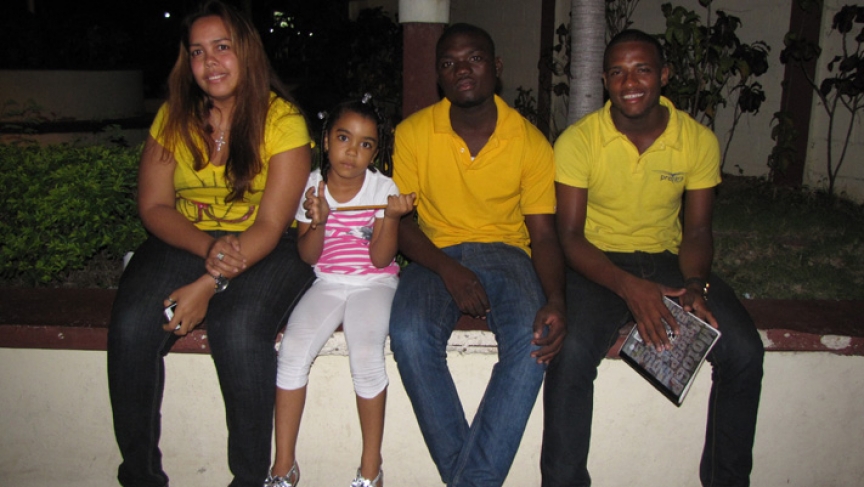 Students in the Dominican Republic with strong views on the high court ruling. From left to right: Yahisse Cuevas with her daughter, Deyvi de la Paz and Eduardo San Padro.

The Constitutional Court of the Dominican Republic ruled in the fall that anyone born after 1929 to immigrants living in the country unlawfully are no longer citizens — and neither are their children. The ruling has stirred sharp criticism across the Americas. And even in the Dominican Republic, people are divided.

The decision mainly affects Dominicans of Haitian descent. Haiti and the Dominican Republic (DR) share the island of Hispaniola, and many Haitians moved to the DR generations ago to work.

Many Dominicans refer to the court's decision simply as the sentencia, or the judgment. On a Monday evening in the coastal city of Barahona, residents hang around the city’s central Arco de Triunfo, or grand arch. “The sentencia is very controversial and has attracted the attention of the whole world,” says Mario Matos Cuevos, an 81-year-old retired soldier, who is sitting on a park bench.

But he adds that the Dominican president has made it clear that “everyone must get their papers in order,” just like anywhere else in the world.

I ask him if he thinks it’s unfair to make people who have lived in this country for generations go back and apply for papers all over again. Cuevos says "no," since most of those affected have ties to Haiti. “According to the Haitian Constitution, anyone of Haitian descent, whether legal or illegal, living in any country, is Haitian. That’s what their Constitution says.”

A man sitting in a plastic chair nearby signals to me and my translator to come over. His name is Julio Valenzuela, and he tells us he opposes the sentencia.

“Our country must have control over its immigration, like every country in the world. It’s essential,” he says. “But it cannot be that someone born on this land, in this country, is not Dominican. That’s incredible! It’s stupid!”

Valenzuela is from Barahona, but he lived in Miami for 20 years. I ask him if he thinks the court decision comes out of discrimination against Haitians, who, in general, tend to have darker skin than Dominicans.

He says he doesn’t think so.

“When I was in your country [the United States], some rednecks would yell at me, ‘Hey! Get outa here!’ But here, I’ve never heard a Dominican person say, ‘Hey Haitian, get out of here!’ Never!”

On the other side of the Arco de Triunfo is a school where high school students are filing out of classes. Deyvi de la Paz sits on a nearby wall with two other seniors.

“People born in one country shouldn’t be deported to another country,” he says, when I ask him about the sentencia.

“They wouldn’t know that country. Those born here must not be sent away because that would cause too much suffering.”

When I ask his friend, Eduardo San Padro, if he’s concerned about the sentencia, he hesitates before answering. De la Paz turns to him and starts making it personal.

“Yes,” San Padro says.“I would be worried if they took you away because they come for a lot of black people. We had people staying with us, and they had to run and hide in the mountains because immigration was after them. We were really worried. My mom was crying because she felt really bad.”

I ask what they think motivates people to support the sentencia. That’s when their classmate, Yahisse Cuevas, chimes in.

“Dominicans are very racist,” she says, “the way we abuse Haitians, always asking for their papers and mistreating them.”

When I ask if they think other countries should get involved in the issue of the sentencia or leave it alone, all three of them say the rest of the world should know about this.

And the most affected country is weighing in. Haitian officials are scheduled to meet with their Dominican counterparts for talks about the Dominican court ruling starting on Tuesday.

Below are some people in the DR with strong opinions on the ruling. 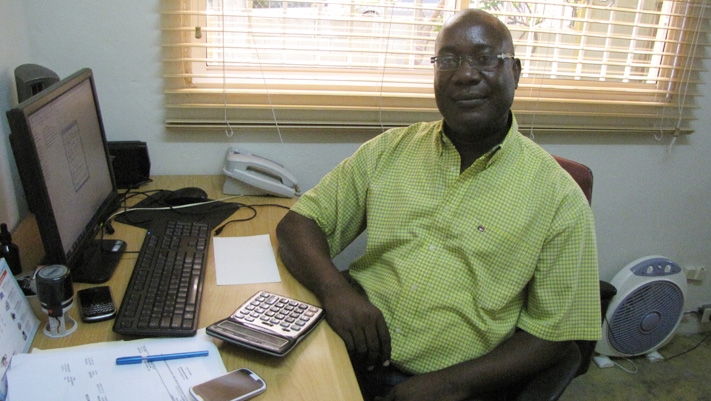 “We Dominicans of Haitian descent have always believed that we needed to serve as the natural point of harmony between the two states and to achieve the equilibrium that reaps peace and tranquility between Haitians and Dominicans. We regret that this baseless, arbitrary decision of the Constitutional Court has placed us at a point of tension in Dominican society — because we [Dominicans] are divided in our opinions over the decision, and it’s also created tension between the two states that share one island.

It is an unfortunate decision because it has created this tension and distancing. And unfortunately, I am doubly injured: When you criticize the Dominican Republic, I feel hurt because it’s my country. It’s my country! And so any decision made against the state or against the country affects me. But I’m also hurt by the court’s decision.” 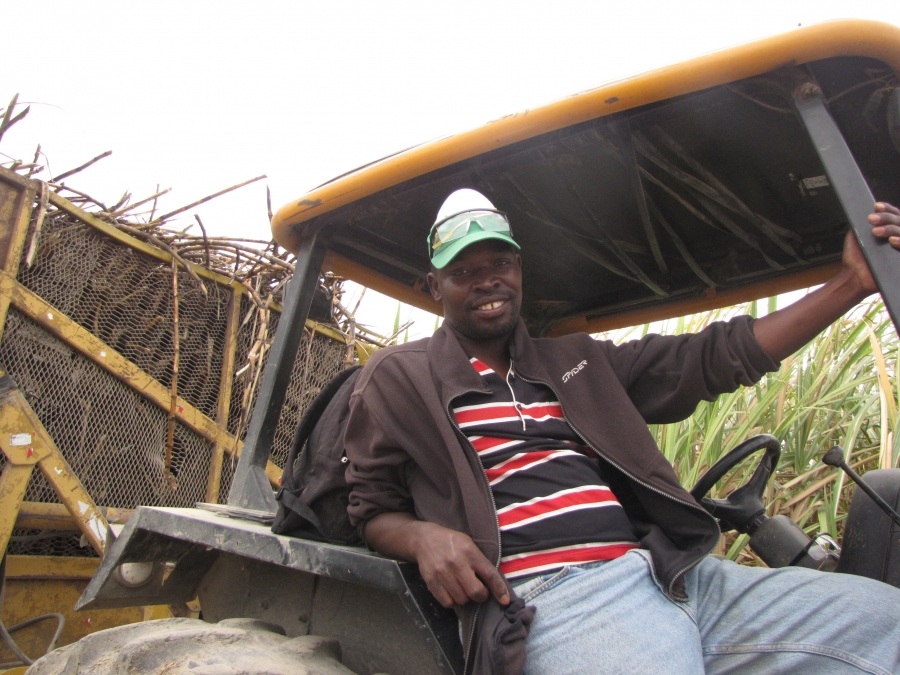 Amy Bracken: How might the court decision affect you?

John Cueva: It’s not how it might affect me. It is affecting me. Listen, I have a seven-year-old daughter. I have been trying to get her papers, but for five years, they have been investigating our case. Every time I go in, they say they’re still investigating. They say there are people who have to wait 11 or 12 years to get their papers.

Bracken: So all of these problems existed before the court ruling …

Cueva: They existed before the ruling because they always said they had to investigate to see if it was a case of fraud. But my wife and I went in with our child and all of our required documents, and we still can’t get her papers.

Bracken: But is it worse after the court ruling?

Cueva: It is worse. Before the ruling, we could say the law is behind us: My child was born in the country to Dominican parents, so she is Dominican. But now if they tell us we aren’t Dominican, there’s no way we can pass our nationality on to our child. 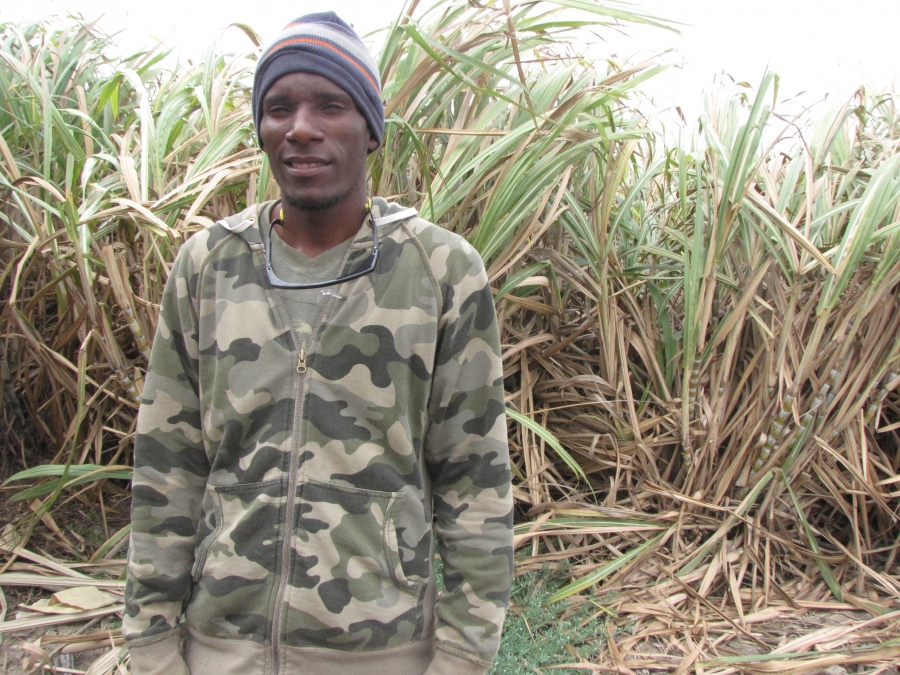 Amy Bracken: Where were your great-grandparents born?

Holdani Felix: I don’t know because my parents didn’t talk much about them.

Bracken: So it’s possible that the court ruling won’t affect you, right?

Felix: No, the ruling is still a problem. I have a one-year-old daughter, and, since her birth, I have been trying to get her birth certificate, but they always give me the runaround. It’s about the color of my skin. As soon as they see that I’m darker, they decide that I’m Haitian, and they block me. 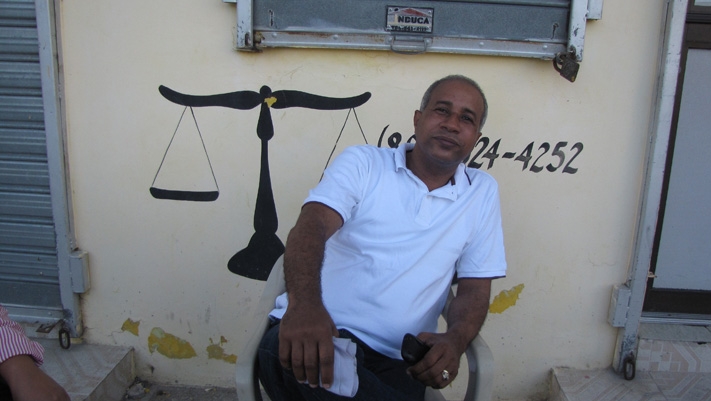 “The ruling hasn’t caused any negative reaction in the Dominican Republic. The international community — through the OAS [Organization of American States] or the United Nations — can’t overrule the decisions made by our national courts …