Wedding planning can be complicated in China, where marriage is traditionally as much about a union of two families as it is a union of two individuals.

But some Chinese couples are deciding to buck tradition by taking more control of their wedding day — and that often means footing the bill themselves.

A traditional Chinese wedding procession making its way through Beijing traffic looked like it was transported from another age. Men decked out in bright red embroidered silk robes banged cymbals and drums. The groom was on horseback. The bride sat behind the curtains of a sedan chair, carried on the shoulders of eight attendants. Several roving cameramen were there to capture every moment.

At the hotel restaurant where the Saturday morning ceremony and dinner took place, proud father-of-the-groom Zhang Baosun said the young couple had numerous disputes over the details of their wedding. But they didn't quarrel over the biggest question that comes up for Chinese newlyweds: Where will they live?

Finding an apartment, which can be a challenge in pricey cities like Beijing, is something that people do before they decide to get married. In fact, the parents of the couple getting engaged often insist on it. And they get directly involved in making that decision.

“We are lucky,” 59 year-old Zhang said. “When our family was evicted from our apartment to make way for the new subway line, the government bought us another place to live. That made it possible for me to save up enough money to get a place for my son and his wife.”

Tough questions about the financial details of getting married can come up very early in a couple's relationship. David Wang found that out the very first time he was invited to dinner at his girlfriend's home. The 28 year-old American who lives and works in Beijing had not even started thinking about marriage.

“Do you love my daughter?,” his girlfriend's mother asked Wang.

Wang said the family wanted to make one thing clear. If he was planning to marry this young woman and take her away to live in America, he should think again. Still, Wang said it could have been much worse.

“A lot of guys meet their girlfriend's parents and the parents are like, 'How much do you make? What's your plan for the future? Do you have a house already? How much money does your family make?',” Wang recalled. “Those are standard questions. And if you get one wrong, then it's very possible that the parents won't agree to marriage.”

Wang does research on youth in China and he says more young people are deciding it's worth the cost of paying for their own wedding to keep their parents out of the process. And that is a big change.

I ran into Zhang Jinghu and Li Liran on their way out of a wedding photography shop. They plan to get married in about a year. Zhang said he is saving up for the rings, the pictures and the dress. His parents could probably afford to pay for everything, he said, but he and Li want more control over their wedding.

One thing Li said she is willing to be flexible about translates roughly into English as "colorful gifts." Like a dowry, these can be very expensive presents — jewelry, a car or good old cash — that the bride and her family expect from the groom's side. In some parts of China, families of would-be brides make notoriously lavish demands for "colorful gifts." But Li said Zhang and his family should not expect that kind of thing.

"Although it is the custom in my hometown, I think what's more important is the feelings between us. I don't attach great importance to it,” Li said. 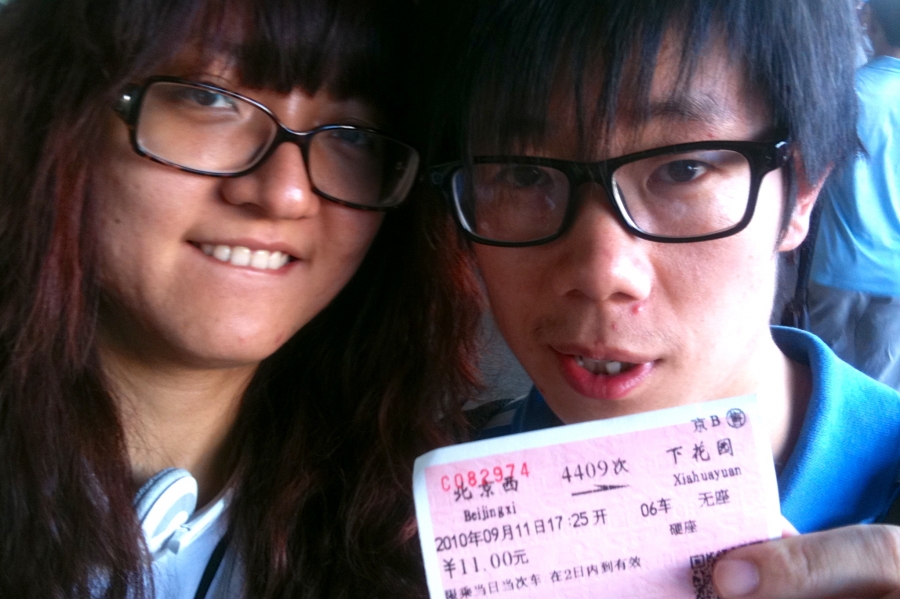 Summer Xia and Li Biao are going to improvise on their wedding day.

What is important for a lot of Chinese parents, though, is that their daughter finds the right someone. In the case of a 27 year-old film editor named Li Biao, his fiancee's parents are less than impressed. They think he is too short, not smart enough, and doesn't make enough money. So, they're not giving the couple their blessing. And they're not going to pay for the wedding either.

But that's just fine with Li. When I asked him why it is so important for him to pay for his own wedding, he gave a one word answer. “Independence." Then he went on to explain that decisions around planning for marriage are best made by the couple themselves.

“This is a matter of our own,” Li Biao said. “Finding the person that I like is a matter of my own. It's not related to other people. Just like the work that I do. I do editing and after I've finished my work, it's a work of my own. I'm in control of that."

Li's fiancee, Summer Xia, told me their wedding plans are thoroughly untraditional. They aren't thinking about having a formal ceremony, just taking a short trip somewhere together. Then, they will set up a website where friends can send money for gifts.

Xia said it hasn't been easy, though, deciding to go against her parents' wishes. "My parents are so, so upset with me. My father stopped talking with me for already, like, three months,” she said.

Xia said her wedding plans won't include a new car or an apartment. Those things might be 1- years down the road, she said. But, in the meantime, she's still trying to win over her parents. Even if they're not going to fund a wedding, they might eventually come around to supporting the marriage.