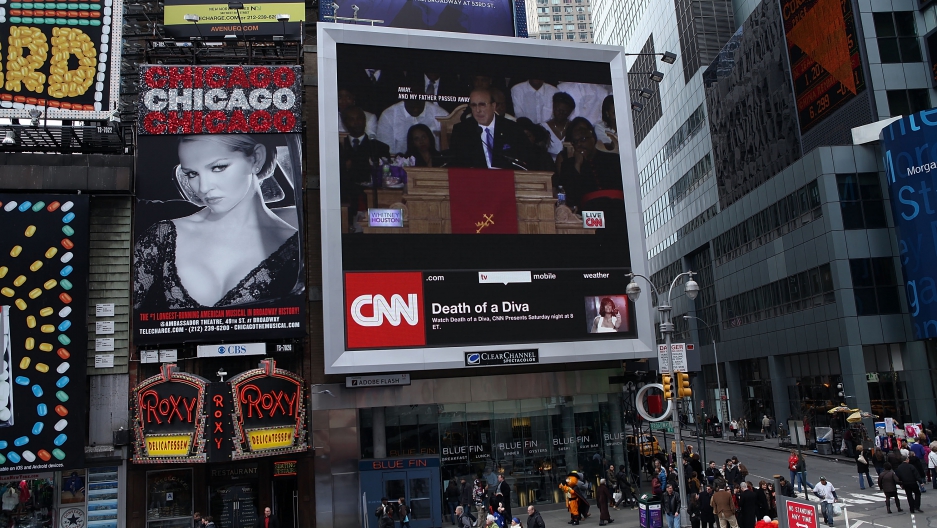 The energy is being collected and stored in batteries that will help offset the energy needed to light the New Year's Eve ball.

They’ll be glad they saved money on the bike passes if they decide to eat at Applebee’s in Times Square on Dec. 31.

The franchise owner of the Times Square location of the chain restaurant, known for its two-for-$20 dinner specials, will be charging customers over 12 years old $375-a-person to eat there on New Year’s Eve. (Kids eat for $250.)

The menu will consist of “a ton of food” prepared by “some fairly sophisticated culinary people,” Zane Tankel, owner of all 38 Applebee’s restaurants in the New York metro area, told the New York Post.

Starting at 8 p.m., there will be a buffet, an open bar, a DJ, a dance floor and party favors. “You wouldn’t know you were at an Applebee’s for that one night,” Tankel said.

If none of this seems to quite capture the essence of fast-departing 2013, don’t fret: There will also be a Miley Cyrus performance.