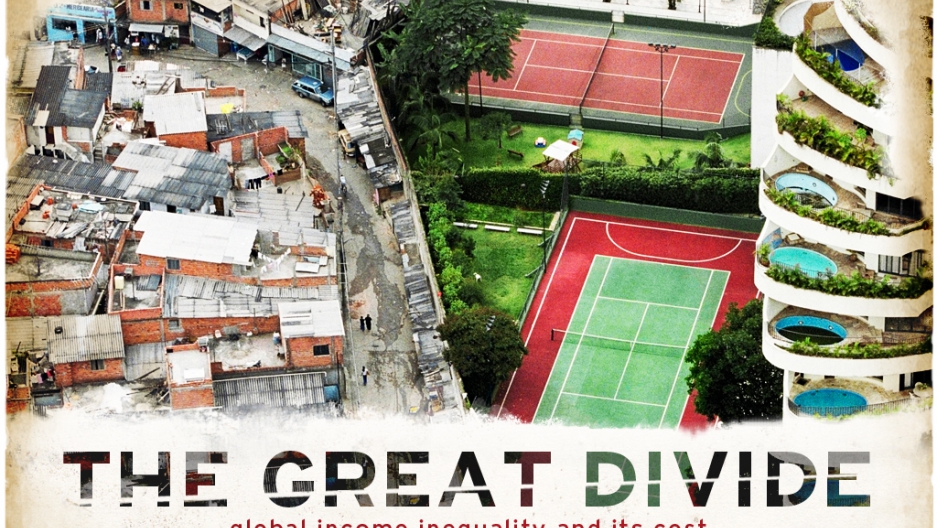 BOSTON – The issue of rising income inequality pushed its way into the American consciousness in 2013 in a way it never has before.

A consensus has formed around the idea that income inequality is the single most important challenge facing the world, a conviction shared most notably and passionately by two leaders with two very different world views:

Both men have vowed to make the issue a cornerstone of their leadership and both men have finally put a decades-long trend toward a widening income gap in America and around the world under a moral spotlight in a way that neither the White House nor the Vatican has ever done before.

Obama, in a major policy speech on Dec. 4 at the Center for American Progress, said that "a dangerous and growing inequality and lack of upward mobility" is "the defining challenge of our time."

Just over a week prior to Obama’s speech, on Nov. 25 from inside the Vatican, Pope Francis delivered his most authoritative papal address and focused on the same issue, decrying an “idolatry of money” and warning that inequality was leading to “a new tyranny.” In his 50,000-word papal statement, the pope specifically decried ‘trickle down’ economics, saying that it “expresses a crude and naive trust in the goodness of those wielding economic power.”

They are notable calls for action from the first African-American president of the United States and the first Roman Catholic pope in 1,000 years to hail from the developing world, but it remains to be seen if the world is really listening and whether anything will be done to reverse the trend.

Throughout 2013, the GlobalPost “Special Reports” team dedicated itself to covering the issue on income inequality around the world, and doing our best to stimulate a global conversation on this issue.

Through a 20-part series titled “The Great Divide: Global Income Inequality and Its Cost,” we brought together a group of 25 outstanding editors, writers and photographers. With generous support from The Ford Foundation, the team sought out powerful human narratives and uncovered compelling numerical data to reveal to a largely American reading audience that the level of inequality in the US is fast approaching that of the developing world.

GlobalPost “Special Reports” is now offering this body of work in the form of an e-book, which is a gift to the readers of our site in the hope that it might continue to motivate an important discussion on the topic. Download a PDF version here:

The Great Divide: Global Income Inequality and Its Cost

The data showed, for example, that Fairfield County, Connecticut was the unlikely ground zero of income inequality in America. The measurement of the gap between the top fifth percentile, clustered around tony Greenwich, Conn., and the bottom fifth percentile, largely centered in nearby Bridgeport, Conn., was the same distance between the rich and the poor in Bangkok, Thailand.

The series found that Los Angeles similarly equated to Beijing, China; West Texas’s oil economy compared to Nigeria’s Delta; Selma, Alabama, a city that has historically struggled with a racial divide particularly in its schools, equated with Brazil’s sprawling city of Rio de Janeiro, which has struggled with many of the same issues. And we continued around the world making these comparisons in ten different case studies, which now form the 10 chapters of the e-book.

“The Great Divide” lead writer Michael Moran has also offered a new introduction and conclusion for the e-book which provides an efficient summary of the findings of the year-long effort.

We hope you will take time to delve into this body of work and we hope it might help you begin to understand this complex, global issue and why we all need to care about the trend toward rising inequality. In our exploration of the issue, our journalists were not putting forward some egalitarian dream of full equality for all but they did operate from facts that show that the levels of inequality are inhibiting growth in many corners of the world. They did operate from an idea that there is a need for more equality of opportunity as a first step toward finding the economic policies that can address the dramatic imbalance between the rich and the poor. They operated from the historical perspective that the forces that contributed to this inequality were shaped by economic policies and therefore a revision of those economic policies will be required to correct the imbalances.

Our “Special Reports” team seeks to keep pushing forward on this issue and encouraging our readers and our world leaders to try to find workable solutions.

So in 2014, we will continue our reporting. Specifically, we will be seeking to find new voices for essays, commentaries and analysis from architects of economic policy and from those who live and work on the front lines of poverty with an eye toward innovative ideas to address the problem. We hope you might even make it a new year’s resolution to join us in a global dialogue on the search for solutions to rising income inequality.