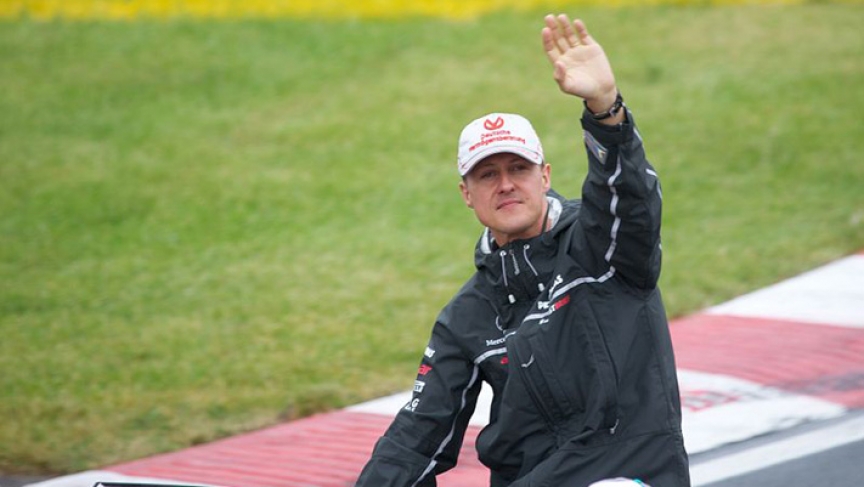 Michael Schumacher is the kind of sporting legend, who is loved and admired across the globe.  For a generation of F1 fans, Schumacher is synonymous with the sport and thousands, including me, were introduced to the sport because of the incredible track performances of this one man.

My tryst with Schumacher began in the early 2000s. I was an undergrad student then and a friend of friend introduced me to the sport. She raved about this man named Michael Schumacher and told me how he is the indisputable king of the sport.

To be honest, I was a little taken aback – not because I didn’t believe it to be true, but because I felt ashamed at not knowing anything about this fascinating sport and its superhero. More so, it hurt my pride, because even though I grew up in a cricket-crazy nation like India, I was an avid follower of international sports like tennis, soccer and our national game, hockey (and yes I am talking about field hockey, the version that has nothing to do with ice) - something that I thought, until then, not many people could say.

Anyway, partly intrigued by what I had heard and partly to boast to my contemporaries, I watched my first F1 race on the lone TV that sat in my university’s common room. Thankfully, the races happen on Sundays and thankfully again that most of the season is on European circuits, I could watch the race undisturbed.

To say that I was enthralled would be an understatement. The speed, the coordination, the team dynamics, the maneuvers and the circuit – everything was so new and different from anything I had ever seen before. I did not understand everything, but I understood one thing for sure – that I will be watching more. And yes, in that first race I watched, Michael Schumacher won!

Since then, I watched and tried to watch every F1 race that I could. Whether in the college common room or at home – early morning or late at night – I was hooked on to the sport and always wanted Schumacher to win. Gradually as I understood the sport better, I was even more impressed with the achievements of this sporting hero. His dominance in time-trials to start at pole position in races, his coordination with his team and crew, and his underlying never-say-die spirit made him the achieve all that he did.

Back then he was the main driver for the Ferrari racing team and chances were that if you were to ask any man on the street – at least in India – they’d say their favorite team would be Ferrari. Why? Because Michael Schumacher raced in a Ferrari!

Indians became more aware of him when cricket legend and local superstar Sachin Tendulkar expressed his admiration for Schumacher and the two sporting greats met and exchanged gifts in Silverstone, England in 2002. He was covered by the local press and became a recognized sporting figure in the country. The Schumacher fever reached its crescendo when he won his seventh title – the first man (and the only man so far) to have achieved that feat in 2004.

By that time, because of advancing satellite, cable and internet connection, thousands more had become aware and followed Schumacher’s career and worshipped him. My own conversations with cousins, friends, and colleagues revealed that F1 was gaining ground in India and Schumacher was a big reason for that. A lot of people dreamed of watching him race live. In fact, a couple of my friends working in the US at the time, watched him race at the Indianapolis circuit (not on the F1 calendar any more) where he won and they called me in India to rave about their experiences – and these were friends who were not even keen F1 followers. Their primary excitement was to watch Michael Schumacher drive a Ferrari.

He separated from Ferrari couple of years later and announced his first retirement at the end of the 2006 season. His fans were sad and I will admit, watching F1 without him was not as much fun.

He returned again in 2010 and by this time India had announced its own plans to build an F1 circuit. In 2011, Indian Grand Prix was on the calendar and Michael Schumacher raced on the circuit. For many Indians like me, it was a dream come true. He finished 5th, but that did not alter the fact that he was still the prime attraction for thousands of fans at the circuit.

His final retirement came in 2012 and although as a fan I would have wanted him to race more and retire with at least one more championship, I know that would have been selfish.

What this man has done for the sport is extraordinary. Although, his dominance and, at times, his manuevers on track have been scrutinized and his team’s tactics to follow “team order” (sacrificing the chance of one driver in the team to make the other one finish at the podium) have been criticized by some puritans of the sport, for me he represents the glorious best the sport has to offer.

He not only popularized the sport in Germany (where it emerged from the fringes to become a popular sport and inspired current champions like Sebastian Vettel), but also reversed the fortunes of Ferrari - a once stuggling racing team - making it one of the most successful teams in the histroy of F1. Not only that, he also played a part in making it safe. He was involved in the development of the first lightweight carbon helmet for drivers in F1 in 2004 and after his first retirement in 2006, advised Ferrari on their car development.

As I read about his life-threatening injuries suffered from a skiing accident, I prayed for his quick recovery and hoped that he springs back to life like he has done on several occasions in the past.