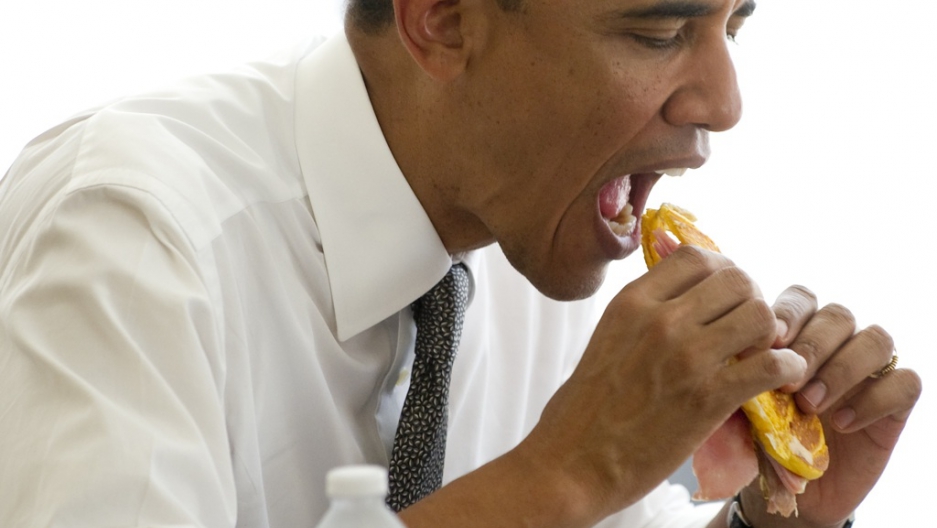 US President Barack Obama eats a 'medianoche' sandwich while eating lunch at Kasalta Bakery during a visit to San Juan, Puerto Rico, June 14, 2011. The president will not be eating any sandwiches in Israel next week, however.
Credit: SAUL LOEB
Share

A new study has shown that those around us have a big influence on our food choices - for better or worse.

The meta study by from the University of Liverpool looked at 11 different journals and 15 experimental studies and found that those around us have a profound influence on what we put in our mouths.

Eight of the studies analyzed food intake norms with the amount of food eaten, while the other seven looked at the influence of information about food choice norms what the participants choose to eat.

"It appears that in some contexts, conforming to informational eating norms may be a way of reinforcing identity to a social group, which is in line with social identity theory," said study author Eric Robinson.

Researchers said that this could even work at the societal level: better food choices across a large group could make everyone eat less and healthier.

The study was published in the Journal of the Academy of Nutrition and Dietetics.