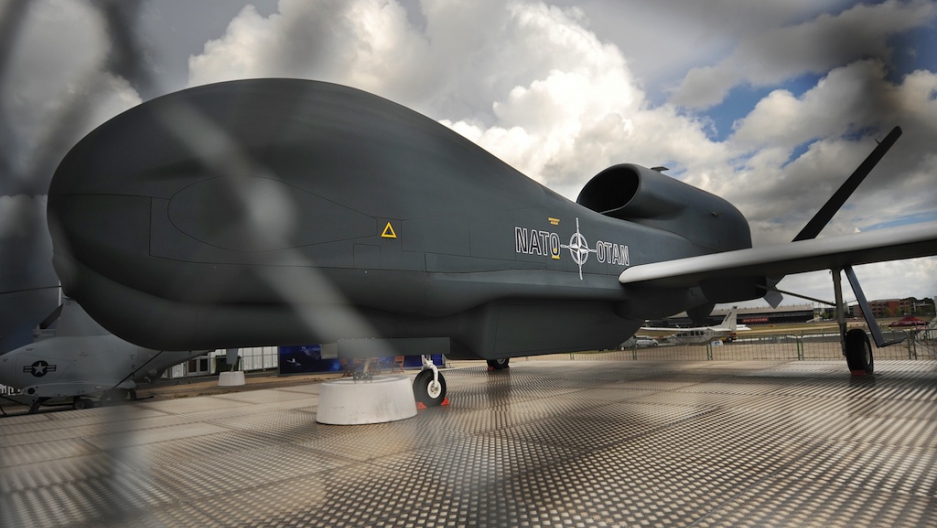 A Northrop Grumman RQ-4 Global Hawk unmanned aircraft is pictured at the Farnborough International Airshow in Hampshire, southern England, on July 22, 2010. Amid the rush to buy commercial planes at the Farnborough airshow this week, aerospace companies showed off the latest drones set to play a growing role in combat.
Credit: Ben Stansall
Share

The Federal Aviation Administration announced a number of testing sites for drones across the United States on Monday, in a plan to help integrate the aircraft into US airspace.

Largely unregulated, the explosion in the use of drones has forced the FAA to begin exploring how they will be safely used by private owners and companies.

The latter will contain research sites for drones.

The sites will be operated by six organizations that will help draw up rules for how to train pilots, how drones will fly safely if they lose a link to the ground control and how to avoid collisions.

They are expected to be phased in gradually beginning in 2015.

The regulations will cover all kinds of drones from small personal drones to large commercial aircraft.

The push by Congress to regulate drones comes at the heels of an announcement by Amazon.com and other companies to ship packages using drones.

It also comes during a time when personal drones have come down significantly in price and are readily available to average consumers.