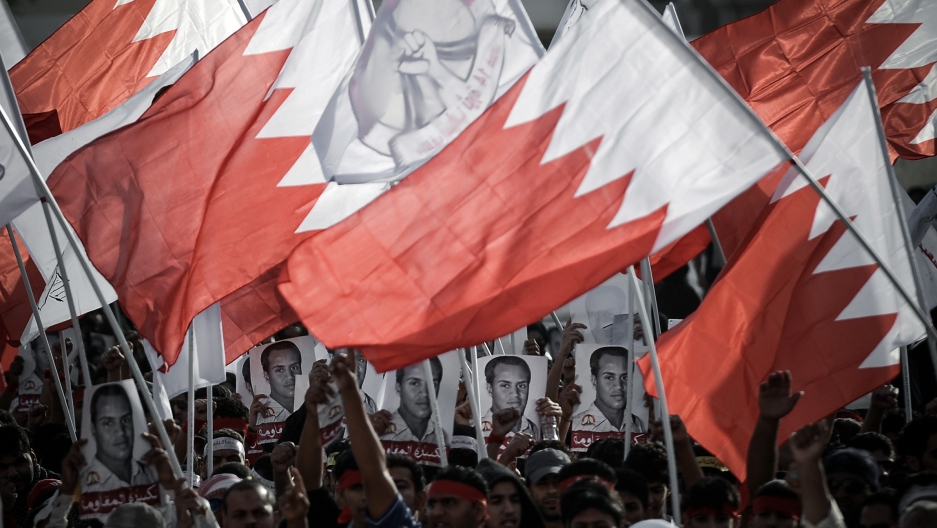 Bahraini protestors wave their national flag during an anti-government rally to demand reforms on March 19, 2013 in the village of Belad al-Qadeem, in a suburb of Manama. Sunni-ruled Shiite-majority Bahrain has seen two years of political unrest linked to opposition demands for a constitutional monarchy that has killed at least 80 people, according to human rights watchdogs.
Credit: Mohammed al-Shaikh
Share

Bahrain’s public security chief said officials captured weapons and bomb-making materials in several security raids over the weekend, including one weapons cache in a boat off the country’s northeastern coast.

"This is the biggest haul of weapons we have seized from our sea border in recent times," said Maj. Gen. Tariq Al Hassan.

Other raids on suspected arms warehouses in Quraya village, near the Budaiya Highway, turned up more explosives, Syrian-made detonators and Kalashnikovs.

Over the weekend, security officials also intercepted a speedboat allegedly smuggling out 13 people, including one Saudi, wanted in security cases in Bahrain.

Sunni-ruled Bahrain put down an Arab Spring-inspired uprising led by members of its Shiite majority in 2011.

At least 89 people have been killed in Bahrain since then as Shiites have continued protesting for a greater political role.