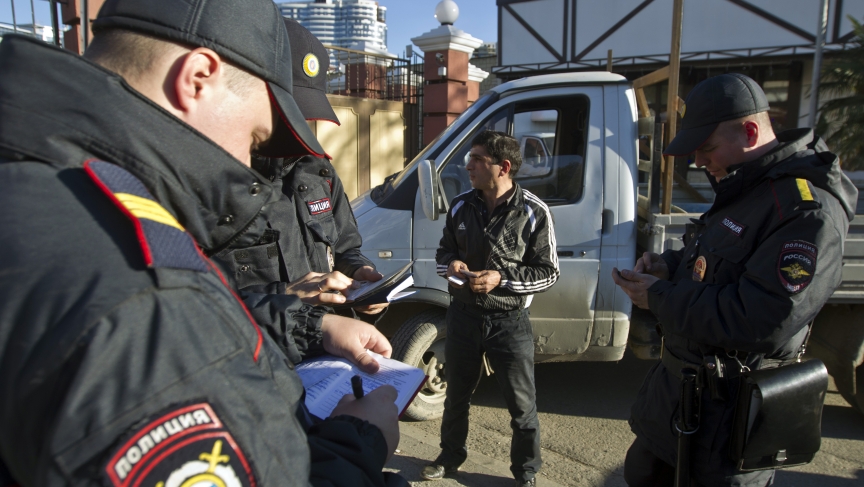 Russian police check a driver's documents in Sochi December 30, 2013. The International Olympic Committee has no doubt Russian authorities will be able to provide security at the Winter Olympics, a spokeswoman said on Monday after two bomb blasts killed tens of people in the Russian city of Volgograd.

There have long been security concerns around the upcoming Winter Olympics in Sochi, Russia.

This week, the reasons have become all too clear.

A suicide bomber killed more than a dozen people aboard a bus Monday morning in the Russian city of Volgograd.

An attack on Sunday at the city's main train station killed at least 17 people.

Russian officials have assured the world that the Games in Sochi will be perfectly safe.

The Olympics have historically been a platform for extremist groups says Jim McGee, a security expert for the Soufan Group.  He directed security for the FBI during the 2004 Olympic Games in Athens.

McGee attributes the safety during those 2004 games to a close relationship between the US, the Greek government and the Hellenic national police.

In Russia, however, the relationship is anything but close.

"There's been a lot less coordination than we had the benefit of in Athens during the Olympics in 2004," said McGee.

The 1972 Summer Olympics in Munich, Germany was turning point in Olympic security when 11 Israeli athletes were kidnapped, held hostage and ultimately killed by a group of Palestinian extremists.

"That was a benchmark that everybody looks back to; a lot of things that were in place now were not in place or did not exist in Munich," said McGee.

There is now a keen sense of awareness and a threat assessment.  After the tragedy of the Munich Olympics the Germans created a counterterrism team and in 1984 when the Olympics came to Los Angeles the FBI Hostage Rescue Team.

Looking ahead to Sochi, McGee is most concerned about so-called 'soft targets' like the train station or a city bus.

"It's those small mundane details that the terrorist look for, that's were they see the vulnerabilities," said McGee.