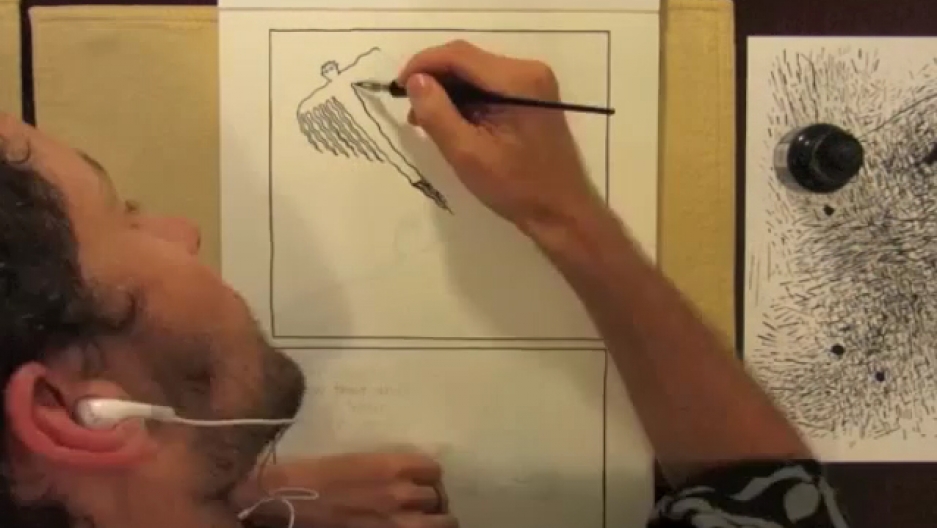 We always start New Year's resolutions with the sincerest of intentions, but let's be honest, as the newness of the year fades, so does our enthusiasm. I'm the first to admit that I've abandoned a blog, a guitar, and an exercise program by Groundhog Day. That's why I'm a bit in awe of Charlie Capp. He pledged to us to draw a comic book adaptation of Samuel Taylor Coleridge's The Rime of the Ancient Mariner in 2013, and he's poised to finish it with a couple days to spare.

What is your 2014 creative New Year's resolution?Tell us HERE.

When Charlie's finished, he'll have around 144 illustrated pages. "I'm really focusing on making each page a stand-alone image that's interesting and readable even in its uncolored state," he wrote back in February. Watch Charlie at work in the video below.