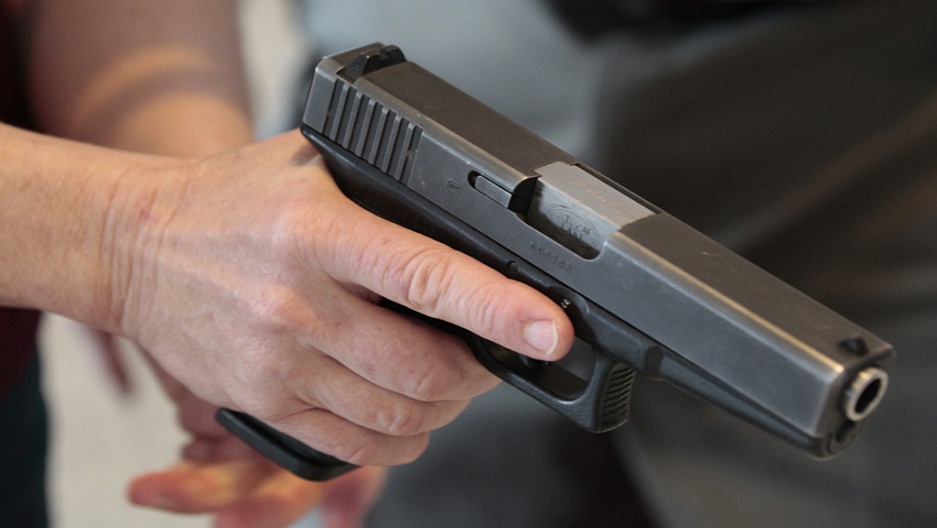 A Utah teacher is shown how to handle a handgun by an instructor at a concealed-weapons training class for 200 teachers in West Valley City, Utah, on Dec. 27, 2012.
Credit: George Frey
Share

Thirty-three US law-enforcement officers were killed by firearms in 2013, according to a report released Monday by the National Law Enforcement Officers Memorial Fund.

That’s the lowest number of police deaths by firearm since 1887.

Fifty-eight percent of the 33 officers killed by a firearm were shot with a handgun, the report said.
In total, 111 federal, state, local, tribal and territorial officers lost their lives in the line of duty across America in 2013, down from 121 in 2012.

Traffic-related accidents were the leading cause of police deaths, killing 46 officers. Job-related illnesses, like heart attacks, increased in 2013, killing 18 officers. And seven officers were killed in ambushes.

The states with the highest numbers of police deaths were California and Texas. Sixteen states and the District of Columbia did not have any police officer deaths in 2013.

“We’re trying to get it to where officer injuries and deaths are no longer accepted as an unavoidable part of the job,” he added.