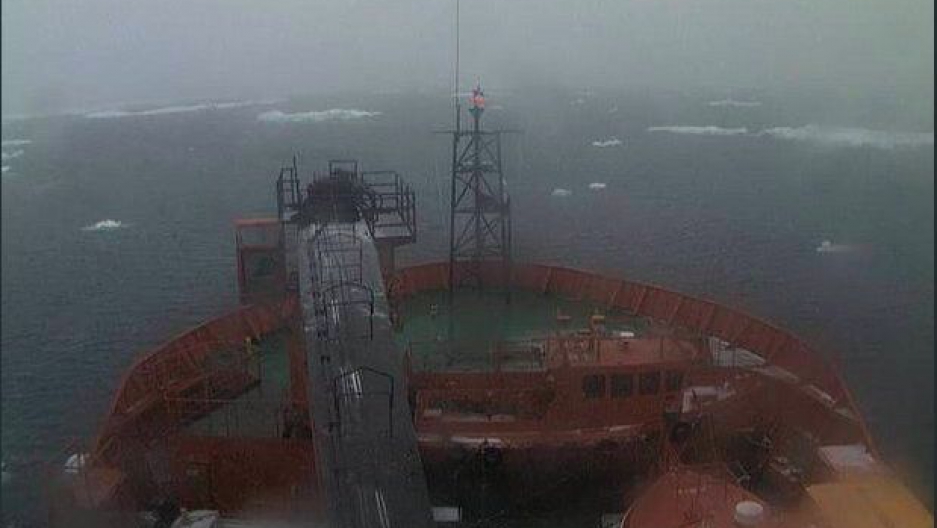 The view from the Australian icebreaker ship Aurora Australis at about 8 p.m. on Dec. 29, 2013, as it neared the Russian research vessel MV Akademik Shokalskiy, which has been trapped by thick ice off eastern Antarctica since Christmas Eve.
Share

Rescue officials have decided to airlift most people off the Akademik Shokalskiy, a Russian-flagged research vessel stuck in the Antarctic ice since Dec. 24, once weather conditions improve.

"A decision has been reached to evacuate 52 passengers and four crew members by helicopter from China's Xue Long ship, should the weather allow," the Russian foreign ministry said in a statement on Monday.

The ship is carrying a total of 74 scientists, tourists and crew, and 22 crew will remain on board.

The area where the MV Akademik Shokalskiy is stuck is currently being pounded by winds of up to 30 knots and snow showers, according to the Australian Maritime Safety Authority.

Three attempts to rescue the passengers by ship over the past week failed.

The latest effort, by Australian icebreaker the Aurora Australis, was abandoned today due to poor visibility and high winds.