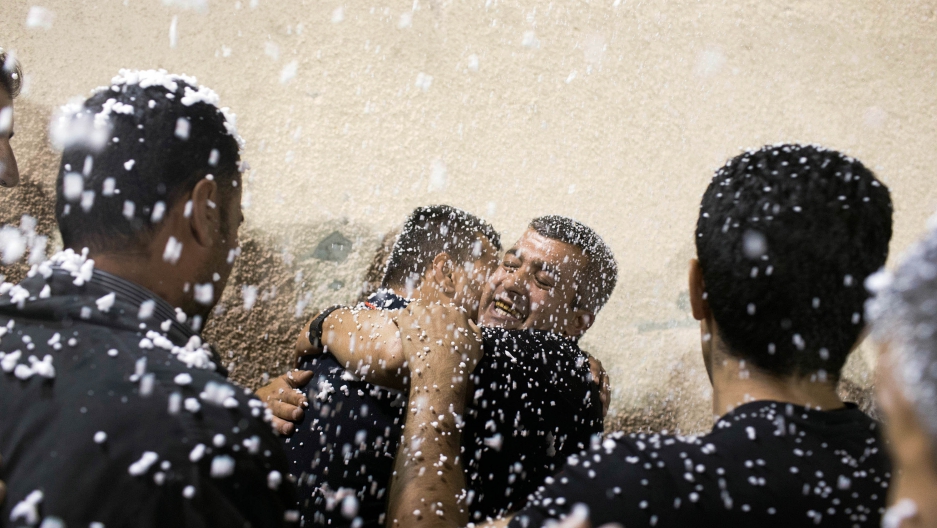 As promised earlier in the day, Israel began the release Monday night of 26 Palestinian prisoners in the third of a four-stage release agreed upon in peace talks.

The prisoners were released after midnight on Monday, after their names were published on Saturday night, allowing opponents two days to appeal the decision of their release.

The men were transferred to Ofer Prison near Ramallah earlier on Monday, where they were checked by the International Red Cross.

All 26 were convicted of murder or attempted murder in deadly attacks before the Oslo accords and have served 19 to 28 years in jail. Among them are 18 from the West Bank, three from Gaza and five from East Jerusalem.

Palestinian President Mahmoud Abbas called the 52 prisoners released in August and October heroes of the Palestinian cause.

With the guidance of US Secretary of State John Kerry, Israel agreed last summer to release 104 Palestinian prisoners in order to restart peace talks with the Palestinians.

In exchange, Palestine dropped its demand for Israel to stop construction of homes in the West Bank and East Jerusalem.