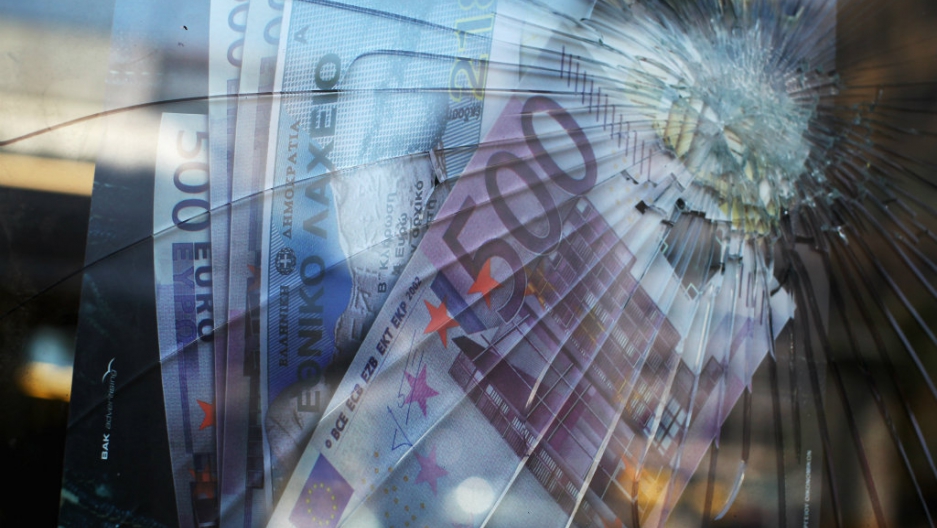 A broken window in front of a poster featuring Euro banknotes in a money transfer shop in Athens, Greece.
Credit: Oli Scarff
Share

Police said the assailants fired at least 60 rounds from two Kalashnikov assault rifles. At least four of the bullets hit the house in an affluent northern suburb, but no one was hurt.

Police believe the attack was carried out by a leftist guerrilla group.

Greek resentment towards Germany has grown since the financial crisis. Greece has borrowed at least 15 billion euros ($20.67 billion) in bilateral loans from Germany as part of the 240-billion-euro worth of bailouts it’s received from the international community since 2010.

The bailouts have required that Greece adhere to harsh austerity plans, which have made life more difficult for Greeks struggling with unemployment and shrinking wages.

"The Greek government expresses its abhorrence and utter condemnation of today’s cowardly act of terrorism, the sole and obvious target of which was Greece’s image abroad just a few days before the start of the Hellenic presidency of the Council of the EU," the Greek Foreign Ministry said in a statement.

"Whoever is responsible for this act: You will not succeed in disrupting the close and friendly relations of our two countries," said German Ambassador Wolfgang Dold, who was home when his residence was attacked.