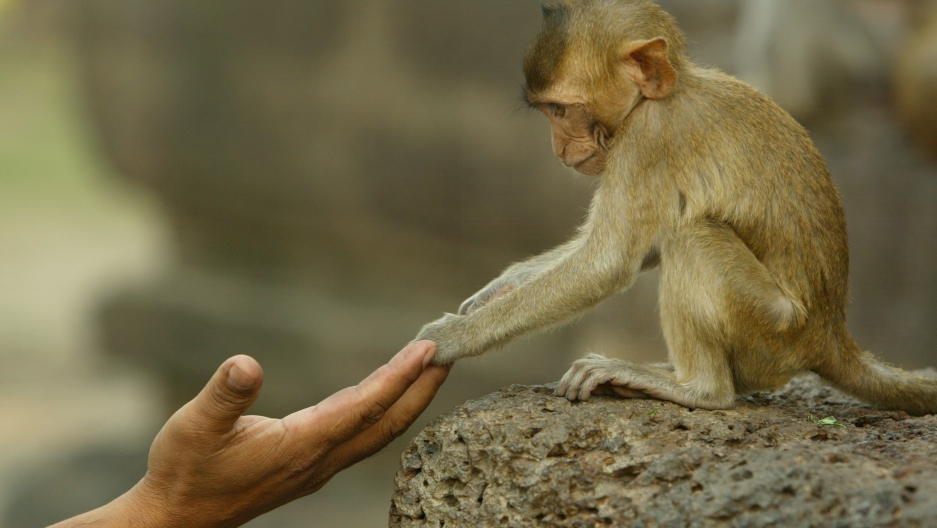 LOPURI, THAILAND-FEBRUARY 16 : A baby monkey touches the hand of a tourist visting the monkeys at the Phra Prang Sam Yot temple in Lopuri Feb.16, 2004. Newly discovered fossils suggest the link between primate and human began in Asia, not Africa.
Credit: Paula Bronstein
Share

That’s about the same as it was in 2009, when Pew Research last asked the question.

However, in this year’s survey, only 43 percent of Republicans told Pew researchers they believed in evolution versus 54 percent in 2009.

The gap in Republican-Democrat belief in evolution has widened, too. In 2013, with 43 percent of Republicans and 67 percent of Democrats saying humans have evolved, the difference was 24 percentage points, compared with 10 percent in 2009.

White evangelical Protestants are the most likely to reject evolution, with 64 percent of survey respondents stating they believe humans have always existed in their present form.