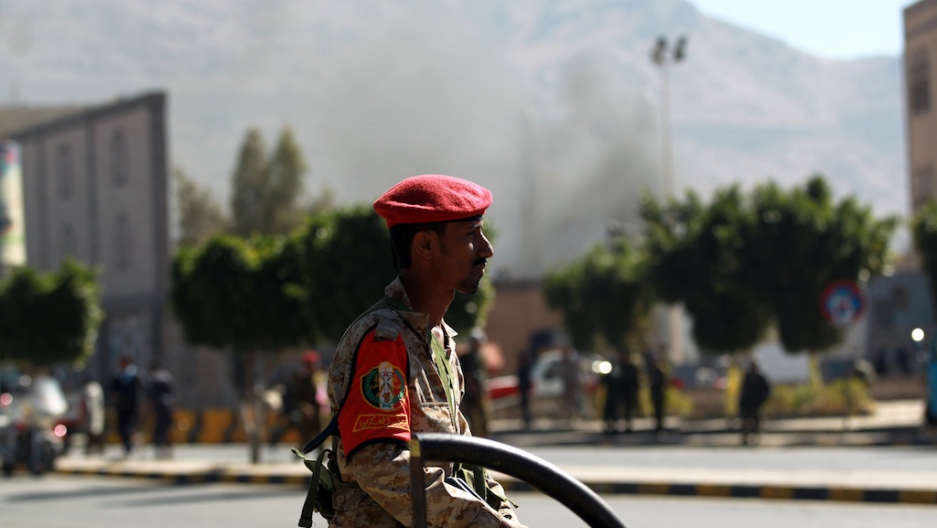 A Yemeni soldier patrols a street after a suicide car bombing at the defence ministry in the Yemeni capital Sanaa on December 5, 2013.
Credit: MOHAMMED HUWAIS
Share

At least five soldiers and three militants were killed on Monday in an attack on an army base in south Yemen.

Four soldiers also went missing after the raid on the Lahj province barracks by gunmen armed with automatic rifles and anti-tank weapons.

"The assailants lost three men but they managed to abduct four soldiers."

But leaders of the secessionist group denied any involvement in the south Yemen attack, home to a powerful Al-Qaeda affiliate also suspected of carrying out several attacks on security forces.

Parts of south Yemen have been hit by unrest recently, with 19 people killed on Friday when shells landed on a funeral tent in the southern province of Dali.

The four shells hit as mourners were paying condolences to the family of a man killed during clashes between security forces and member of the Southern Movement.