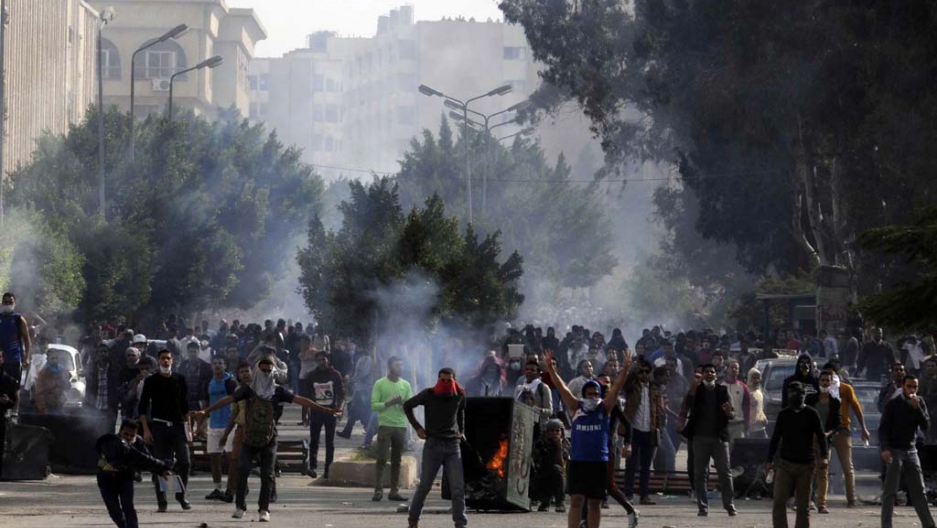 Students of Al Azhar University who support the Muslim Brotherhood gesture towards riot police during clashes outside their campus in Cairo on December 9, 2013. Police have shown little tolerance for the Islamists' rallies since Morsi's removal, and a new law allows them to clamp down hard on all but interior ministry-sanctioned demonstrations.
Credit: TAREK WAJEH
Share

The Interior Ministry also said the reporters, who had been broadcasting from the five-star Marriott hotel, were holding illegal meetings with the Muslim Brotherhood, which the Egyptian government last week declared a terrorist organization.

More from GlobalPost: In Egypt, the regime moves to snuff out the Muslim Brotherhood

"Today's arrests have big implications for the country's press freedom," Shaimaa Abulkhair, the Committee to Protect Journalists’ Egypt consultant, told the Guardian. "The authorities are willing to move against any channel that is not seen as supportive of the current government."

Qatar-based Al Jazeera has called for its employees’ immediate release. "We condemn the arbitrary arrest of Al Jazeera English journalists working in Cairo and demand their immediate and unconditional release," the news organization said in a statement.