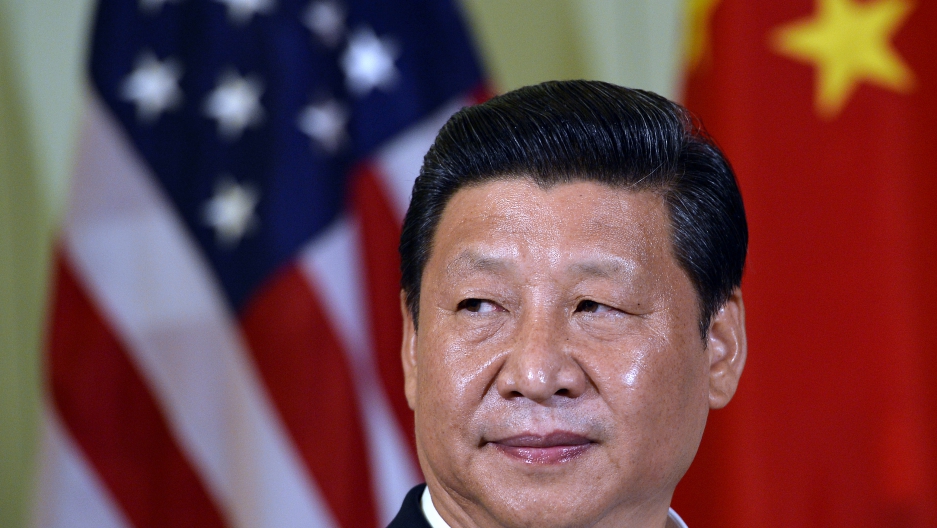 Chinese President Xi Jinping made international headlines on Sunday for a rather pedestrian reason: he decided to stop in at a Beijing roadside steamed bun joint for a snack.

High-level politicians in China aren't usually known for the common touch, preferring to travel with intimidating security details instead of mixing freely with the public.

But president Jinping bucked the trend when he stepped into a Beijing steamed bun shop Saturday, ordering pork and onion buns, stewed pig livers and intestines, and green vegetables, per the Guardian's account of his culinary choice.

He even lined up to order and paid for his own food — for the princely sum of about 21 yuan, or $3.40, according to the Wall Street Journal.

The public was decidedly fascinated with Jinping's decision to step out of the usual security apparatus, with accounts of visit going viral on Sina Weibo, China's answer to Twitter. Images of the historic bun shop visit can be seen here.

“Had it not been for the photos, it would be incredulous to believe Xi, as a dignified president and party chief, should eat at a bun shop,”said author Wu Xiqi in a Xinhua editorial, translated by the Associated Press.

“Xi’s act has subverted the traditional image of Chinese officials, ushering a warm, people-first gust of wind that is very touching indeed," the writer noted.

Xinhua noted that Jinping also visited an elder care center, capping off a public-service sort of day for the supreme Chinese leader in advance of the new year holiday.

Here's (somewhat less than riveting) video of Xi Jinping taking the quotidian approach. It's the thought that counts: