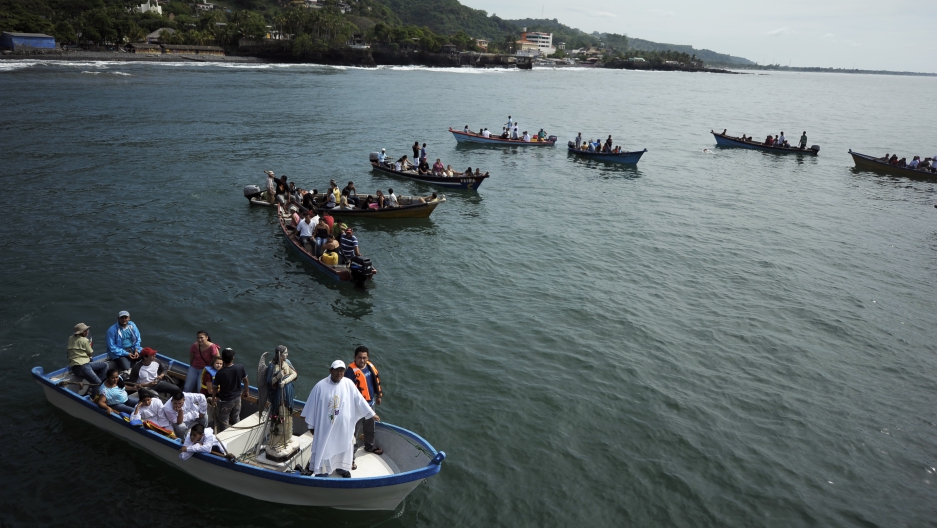 Out to sea: Fishermen set off Oct. 23 from El Salvador's port of La Libertad in a holy procession in celebration of their patron saint.
Credit: Jose Cabezas
Share

The Chaparrastique volcano in El Salvador continued to spew gas and ash into the air on Monday after initially erupting on Sunday.

"The Chaparrastique volcano is still producing gases combined with small emissions of ash, which is normal after an eruption," El Salvador's environment ministry said.

More than 1,600 people living near the volcano have evacuated.

So far, no one has been reported hurt.

At least 36 international flights into and out of El Salvador were suspended because of the eruption.

The 7,025-foot volcano is located about 30 miles from the city of San Miguel and about 90 miles east of the capital San Salvador. Its last major eruption occurred in 1976.

Santos Osorio, a member of a local coffee growers union, told Reuters that heavy ash was falling on coffee plantations. El Salvador's coffee output has already been reduced by an outbreak of leaf rust.

[View the story "Pictures from the San Miguel volcano" on Storify]