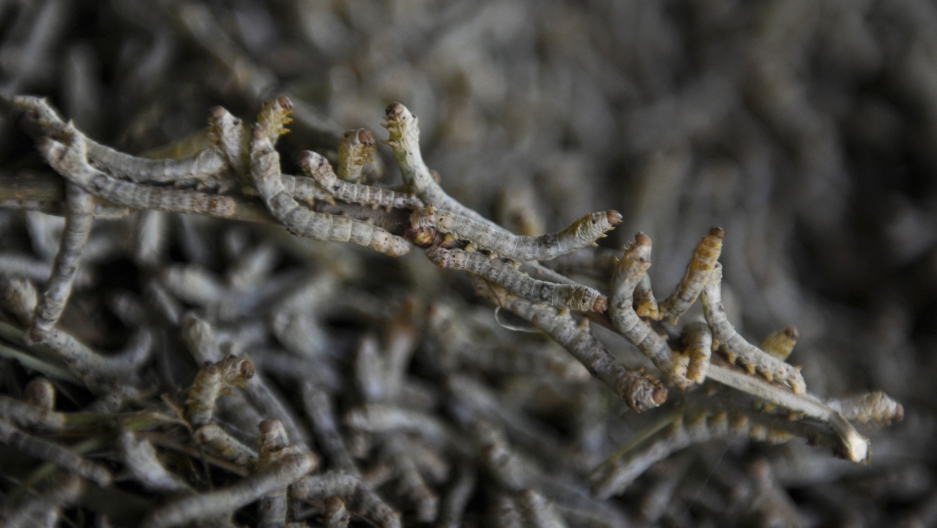 UK border police at Gatwick found 200 pounds of dried caterpillars in the bag of a man coming from Burkina Faso. It was the largest such haul in UK history.
Credit: Romeo Gacad
Share

Animals use sharp claws, big teeth and even camouflage to ward off their predators but researchers found that one creature uses something rather unique, its breath.

Researchers at the Max Planck Institute of Chemical Ecology in Germany found that the tobacco hornworm, a type of caterpillar, uses the nicotine in its breath to keep enemies away.

The worm consumes massive amount of nicotine through consuming tobacco leaves and then transforms it, via its hemolymph (insect equivalent of blood), into a deadly weapon.

The hemolymph is expelled through the hornworm's spiracles, which push back predators like wolf spiders.

The caterpillar consumes massive amounts of tobacco not out of enjoyment, but rather to stock up on its arsenal.

They eat a lot of nicotine, say researchers.

"It's about 750 times greater than that of humans, even someone who smokes four packs a day," he told ABC News.

"We found a gene that was regulated with nicotine ingestion, and we were trying to figure out what it actually does."

To test their theory about the protective gene, the researchers fed the caterpillars normal tobacco and tobacco that shut off the CYP6B46 gene.

Those who had their gene shut off were quickly gobbled up by wolf spiders - sacrifices for the good of science.