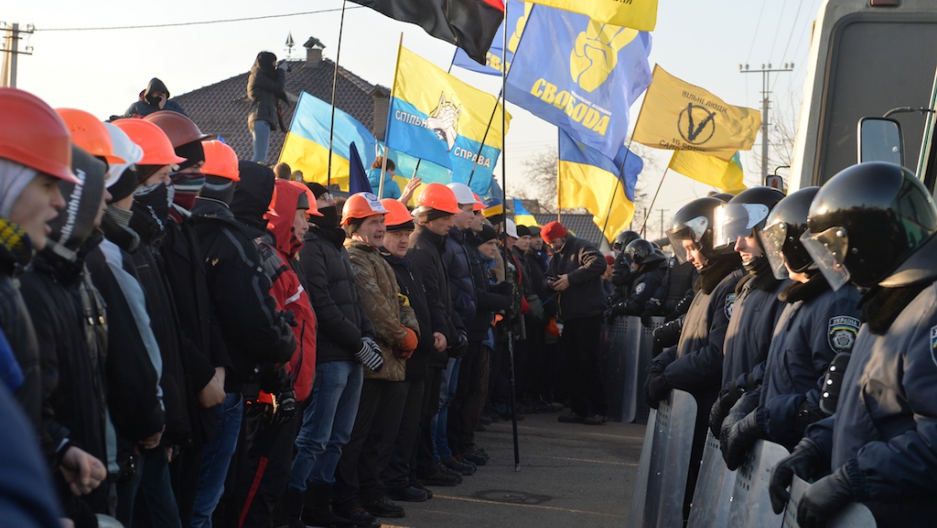 Ukraine's cycle of protests began anew in Kiev over the weekend, as over 20,000 gathered at Independence Square in the capital, with an estimated 5,000 taking their grievances to the luxurious presidential palace.

The protesters marched on Ukrainian President Viktor Yanukovych's official Mezhyhirya estate, which he moved into after his 2010 election victory — and which protesters claim was funded improperly.

Protesters were angered over President Yanukovych’s choice to intensify his nation's relationship with Europe over a potential European Union deal, angering many who preferred closer Eurozone association, wrote AFP.

A Christmas Day attack on corruption-fighting journalist Tetyana Chornovol, who had been investigating the financing of the Mezhygirya residence, proved motivating as well for the weekend Ukrainian demonstrators.

Chornovol, who had been investigating the financing of the Ukraine's luxury residences, claims that the violent attack "had not been an accident," after men in a jeep crashed into her car and attacked her.

Five men have been placed under arrest in the beating, wrote the BBC, but no motive for the attack has been put forward.

Here is EuroNews video of the Sunday protests: