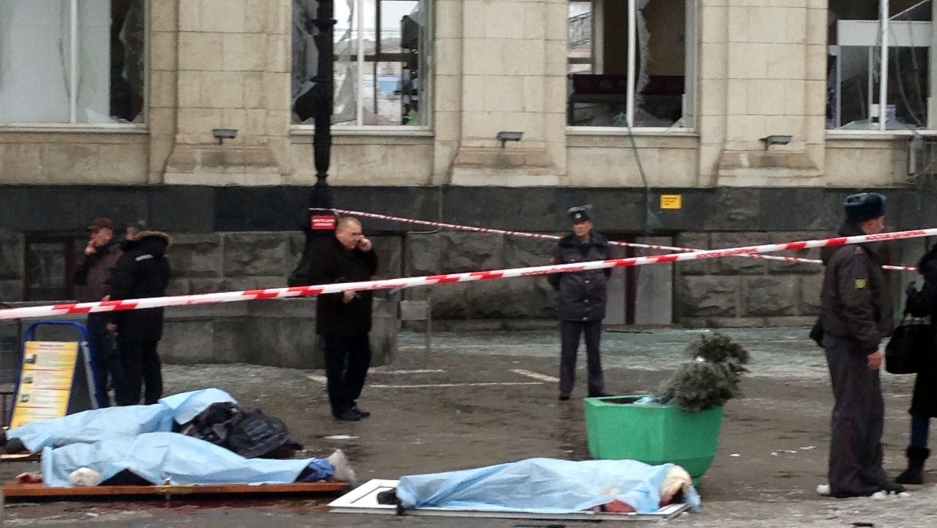 The covered bodies of victims lie on the ground as Russian security personnel inspect the damage at a train station following a suicide attack in the Volga River city of Volgograd on Dec. 29, 2013.
Credit: STRINGER
Share