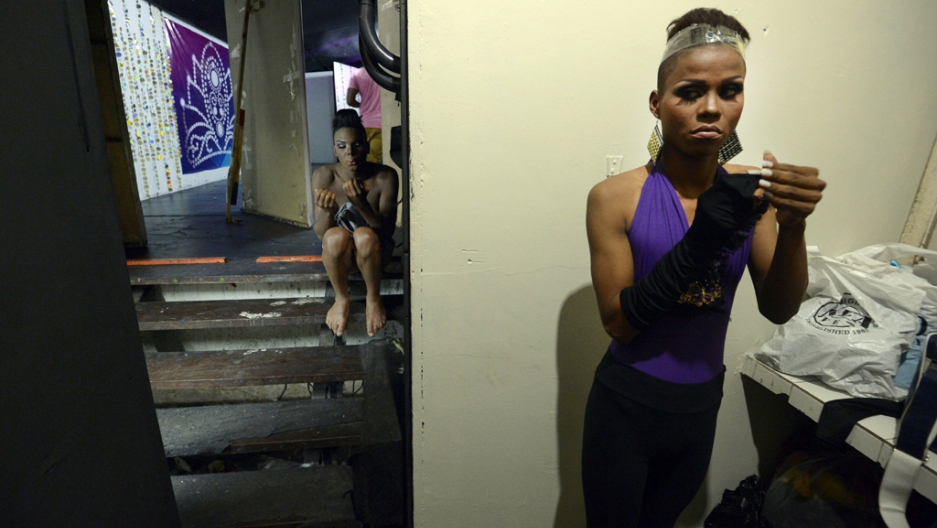 LIMA, Peru — By all accounts, Joel Molero, an openly gay young man, was enjoying his life to the fullest in Chachapoyas, a sleepy provincial capital in northern Peru.

The 19-year-old high school graduate had a lively social life, sang in a cumbia band — dance music more popular in much of Latin America than salsa — and was making plans to study in Ecuador.

“He was a very warm person. He had lots of friends, most of them young women,” his friend Manuel Quispe, of local gay activist group Chacha Viva, said in an interview. “He was not isolated at all and was happy. He wanted to travel and see the world.”

All that came to a shocking halt on Nov. 22, at the end of a raucous but innocent evening in a karaoke bar.

The details remain murky but Molero’s unrecognizable corpse was discovered in a ditch the following morning, after apparently being targeted because of his sexuality.

His throat had been cut, his fingers, toes and genitals sliced off, and his remains stuffed into a straw mattress and set on fire. Police were only able to identify him by his bracelet.

Although there’s a dearth of comprehensive statistics, Molero appears to have been yet another victim of an epidemic of homophobic violence sweeping Latin America.

The human rights arm of the Washington-based Organization of American States recently launched a database about the trend, with killings in the region often running at several a day.

Yet like most other sources, it may only include a fraction of the real toll. Lesbian, gay, bisexual and transgender (LGBT) activists warn that most homophobic murders in Latin America are never officially registered by local police or courts as such.

One example is Brazil. Rio de Janeiro might be famous for its drag queens and “travestis,” gender-bending sex workers, but growing up gay in much of the South American giant is no picnic, says Maria Guilhermina Cunha Salasario, the vice president of the Brazilian Association of Lesbians, Gays, Bisexuals, Transvestites and Transsexuals.

Her country registers between 300 and 350 homophobic killings a year, she says. Yet Cunha Salasario believes there are likely an additional 500 slayings a year in which the victim’s sexuality is, erroneously, never reported as being a motive for their murder.

The underreporting is often due to disinterest — and even outright hostility — among the police. Sometimes, though, bereaved relatives also choose to avoid reporting a murder as homophobic out of shame.

“In the interior [of Brazil], there is a very entrenched homophobia, which can easily turn violent,” Cunha Salasari says.

Many of the victims are transsexuals, often sex workers. Lesbian murder victims, she adds, tend to be killed by their own families, ashamed of their sexual orientation.

More from GlobalPost: Gay in Belize? Against the law. Still.

According to one report, The Night is Another Country, by LGBT and AIDS campaigners, some 80 percent of transgender activists in Latin America say they’ve been physically attacked.

The violence largely goes unpunished. Sixty transgender murders took place in Colombia between 2005 and 2012 but no perpetrator was brought to justice, the report says. In Guatemala over the same period, just one of 35 similar slayings resulted in a conviction.

Meanwhile, in Peru, a report by Promsex, a group that campaigns on issues of sex and sexuality, details a litany of horrific attacks against the gay community — and police indifference to the violence.

In one typical incident, in Lima, a transsexual who was distributing condoms to sex workers on behalf of Peru’s Health Ministry was attacked with a broken bottle.

She managed to escape and seek help at a local police post — only to be denied protection. Her attackers caught up with her again, cutting her face and body.

Yet the Promsex report also highlights the inadequacy of official statistics on homophobic murder.

It documents just seven such killings in Peru in 2012. But Gio Infante, who heads MHOL, a Lima-based gay rights group demanding justice for Molero, believes the real figure in the Andean nation runs at around 50 per year.

Whatever the precise body count, the epidemic may actually be a backlash against progress made by the gay community in the region, says Graeme Reid, Human Rights Watch’s LGBT director.

He cites the recent advent of gay marriage in Argentina, Uruguay and Mexico City. And in the last two years, Ecuadorean authorities closed down 15 “clinics” that supposedly cured homosexuality, their patients often admitted by their families against their will.

Chile earlier this year also passed an anti-discrimination law, which includes harsher jail terms for hate crimes, after a horrific murder in a Santiago park.

The body of Daniel Zamudio, a shop assistant who wanted to study theater, was found with cigarette burns, a broken leg and swastikas carved into his chest, prompting the swift passing of the bill that had previously been stalled in Chile’s congress for seven years.

And Brazil co-sponsored a groundbreaking 2012 United Nations Human Rights Council resolution that calls for an end to worldwide discrimination on the grounds of sexuality.

“The paradox is that as the LGBT community makes these advances in Latin America, there appears to be higher levels of violence against them,” says Reid.

“It seems to be a backlash and may be due to the greater visibility of LGBT communities. In a sense, the violence is a symptom of the achievements made by the movement.”

Yet overt homophobia remains not just widespread but mainstream in much of the region. Political leaders from both the left and the right still take part in the kind of public gay bashing that’s now unthinkable in the United States.

During Venezuela's presidential elections earlier this year, Nicolas Maduro, the Hugo Chavez disciple who went on to win, taunted his singleton opponent by calling him a “little princess” and stating: “I like women.”

But in Peru, Molero’s brutal killing has left many stunned. Although homophobia is common across Peru — gays were barred entry from most Chachapoyas bars until 2010 — it rarely turned violent in the town.

Yet the shock has not been enough to get Peru’s congress to reverse its decision earlier this year to exclude sexual orientation as a motive in a recent hate crimes law.

Despite many advances, Latin America’s LGBT citizens may still have a long struggle ahead before they are no longer the target of savage violence for simply being themselves.

More from GlobalPost: A refugee's fight for LGBT rights in Cuba