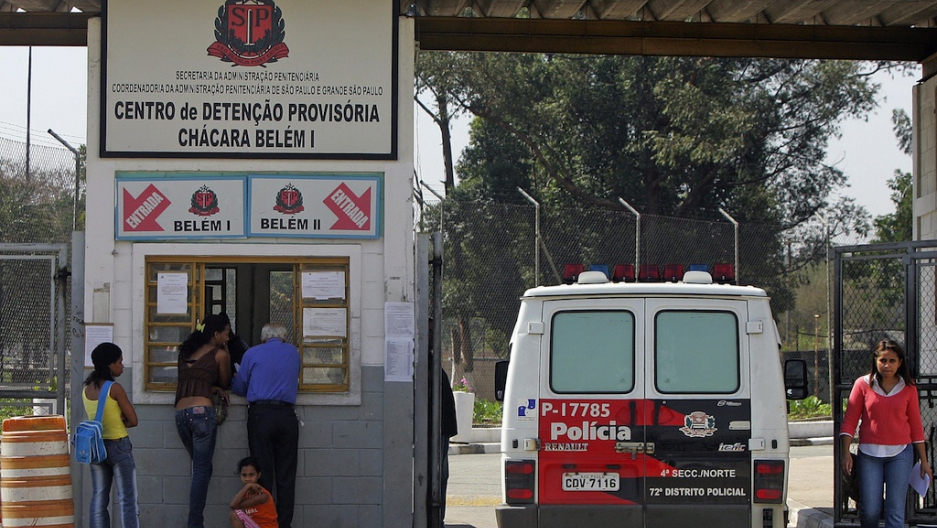 Relatives of prisoners in Belem jail in northern Brazil wait at the main gate on August 11, 2006. The city was ranked tenth most dangerous in the world in 2011.
Share

SÃO PAULO, Brazil — A Brazilian government investigation revealed that 59 inmates at Pedrinhas jail have been killed in gang violence this year.

Video taken inside the São Luis prison that was included in the judicial report also shows one inmate being tortured by others and three beheadings.

The judge who issued the report called the video the "most barbarous scene" he has ever witnessed.

The report, which has now been submitted to Brazil's Supreme Court, also contains details of sexual relations between prisoners taking place in open spaces. It describes an extremely overcrowded jail where prison authorities have lost control and punishments are handed out by gangs on a daily basis.

Brazil has the world's fourth largest prison population, with half a million inmates occupying spaces meant for just 300,000.

Pedrinhas, located in the northern state of Maranhão, is notorious for its gang wars. Another 13 were left dead and 30 injured when fighting broke out in the jail in October.

Last year, Brazil's Minister of Justice, José Eduardo Cardozo, said that Brazil had "a medieval prison system, which not only violates human rights [but] does not allow for the most important element of a penal sanction, which is social reintegration."