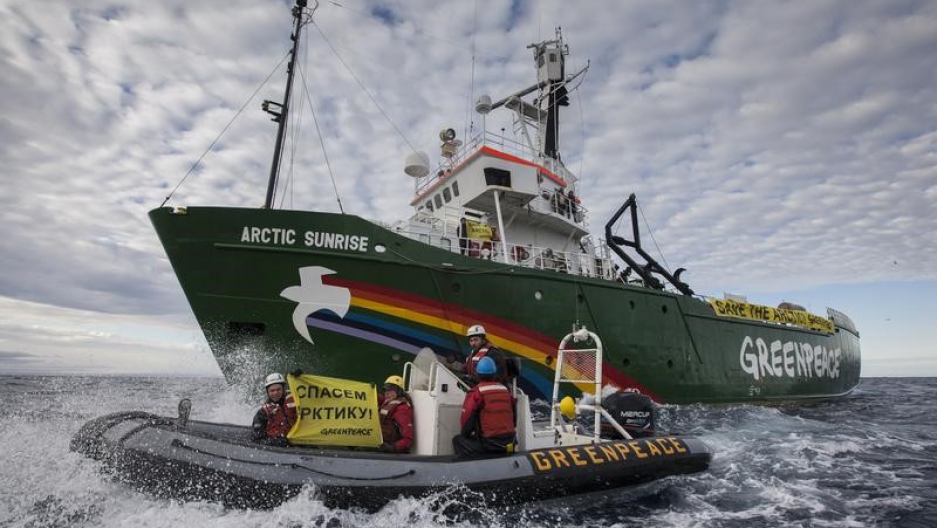 The Greenpeace ship Arctic Sunrise enters the Northern Sea Route (NSR) off Russia's coastline to protest against Arctic oil drilling, in defiance of Russian authorities. The activists aboard were later detained and jailed pending charges.
Credit: Will Rose/Greenpeace
Share

All 26 foreign Greenpeace activists who were detained by Russian authorities for protesting against oil drilling at an oil rig in the Arctic have left the country, Greenpeace has announced.

The last to go was Polish national Tomasz Dziemianczuk, 37, who left Russia for Warsaw on Sunday.

The activists, plus four Russians, sailed on a Dutch ship, the Arctic Sunrise, to an oil rig owned by a subsidiary of Russia's state gas company Gazprom in September and attempted to climb onto it.

The 30 activists were arrested and charged with piracy. The charges were later reduced to hooliganism.

In November, the detainees were released on bail after spending two months in prison. The cases against them were dropped earlier this week as part of a prison amnesty President Vladimir Putin extended to mark the 20th anniversary of the Russian Constitution.

The Russians are holding on to the Arctic Sunrise for now.

"I am very happy to be going home, but I don't feel the same for the ship and its future,” Greenpeace quoted Dziemianczuk as saying as he departed Russia. “I am emotionally connected to both the crew and the ship and for me the case will be over when the ship is back in Amsterdam.”