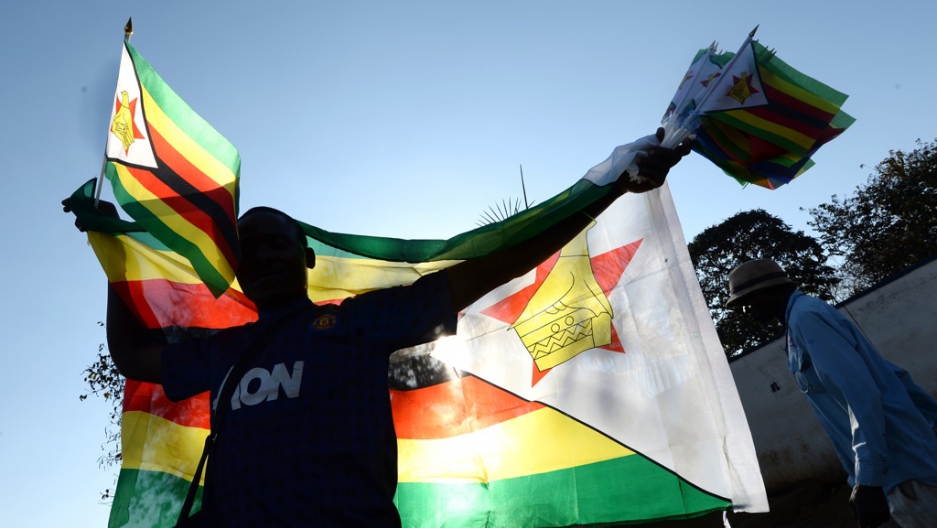 A vendor sells flags in a street in Harare on August 21, 2013, on the eve of Zimbabwean President's inauguration ceremony.
Credit: ALEXANDER JOE
Share

Jacqueline Zwambila, Zimbabwe's ambassador to Australia, has asked for political asylum and gone into hiding after applying for a protection visa.

More from GlobalPost: What is political asylum? Q & A

Zwambila belongs to Zimbabwe's opposition Movement for Democratic Change (MDC) and told Australia’s Fairfax media that she does not feel safe returning to her home country.

After Robert Mugabe’s party won a disputed national election in July, the government recalled all ambassadors belonging to the MDC. Her term is ending in a matter of days.

Zwambila said she fears arrest if she returns because a Zimbabwe court recently ruled she owed $2,700 to a tradesman. Zwambila disputes the claim.

Media in Zimbabwe reported that Zwambila has also been accused of acting in a “treasonous” manner.

“No one would raise a red flag unnecessarily, and as a party we remain cautious and concerned after Ms. Zwambila expressed concern over her personal safety,” MDC spokesman Nelson Chamisa told Agence France-Presse. “What we know for sure is that relations between her and the government were frosty, and it's difficult for us to assure her security as we are not in government.”

“If or when an application for a protection visa is received it would be assessed on its merits and in accordance with the normal rules,” Australian Immigration Minister Scott Morrison said in a statement. “The government does not provide commentary on individual cases as it can prejudice their case or, worse, place people at risk.”