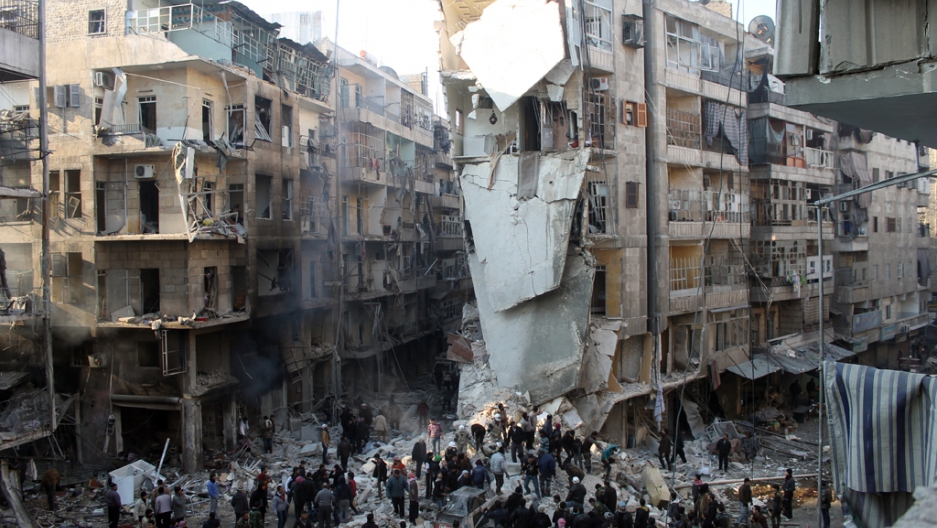 Syrians search for survivors amidst the rubble following an airstrike in Aleppo on December 17, 2013.
Credit: AFP
Share

The Syrian government killed at least 25 people in a rebel-held area of the city of Aleppo on Saturday, according to the UK-based Syrian Observatory for Human Rights.

Helicopters operated by Syrian President Bashar al-Assad’s security forces dropped barrel bombs – barrels containing explosives and shrapnel – on a vegetable market and an area near a hospital in the Tariq Al-Bab neighborhood.

The bombing occurred at about 10 a.m. local time, when the market was full of people.

"Cars were damaged, debris and rubble are everywhere," Abu Faisal, an activist with the Aleppo Media Center, told the Associated Press. "Many of the wounded have lost limbs."

Assad’s warplanes have been dropping bombs on Aleppo since Dec. 15. Opposition activists said the government’s air campaign has killed more than 400 people so far.