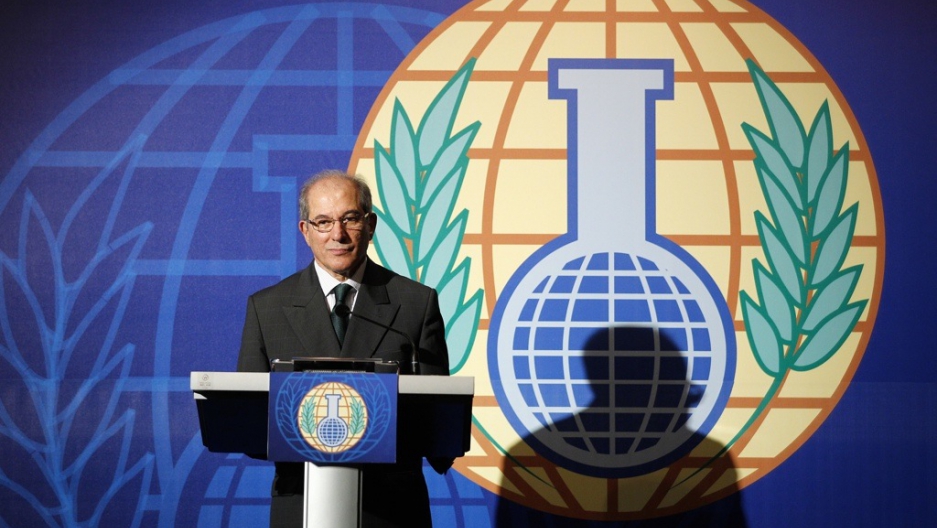 Organisation for the Prohibition of Chemical Weapons (OPCW) director-general Ahmet Uzumcu speaks during a press conference in The Hague on October 11, 2013.
Credit: AFP
Share

The international community is going to miss its deadline for removing deadly toxins that can be used to make chemical weapons from Syria.

The Syrian government had agreed to move its most toxic chemicals, including about 20 tons of mustard nerve agent, out of the country by Dec. 31.

However, Russian diplomat Mikhail Ulyanov Ulyanov told the Interfax news agency on Friday that the removal of the chemicals has not yet begun. “We of course won’t succeed by Dec. 31,” he said.

The chemicals are still waiting to travel to the port of Latakia, he explained, according to the RIA new agency. "They will have to be taken on dangerous roads, there are several dangerous stretches.” Ulyanov is head of the Russian Foreign Ministry's disarmament department.

Earlier, Ahmet Uzumcu, head of the Organization for the Prevention of Chemical Weapons, had said the timeline could be delayed due to fighting.