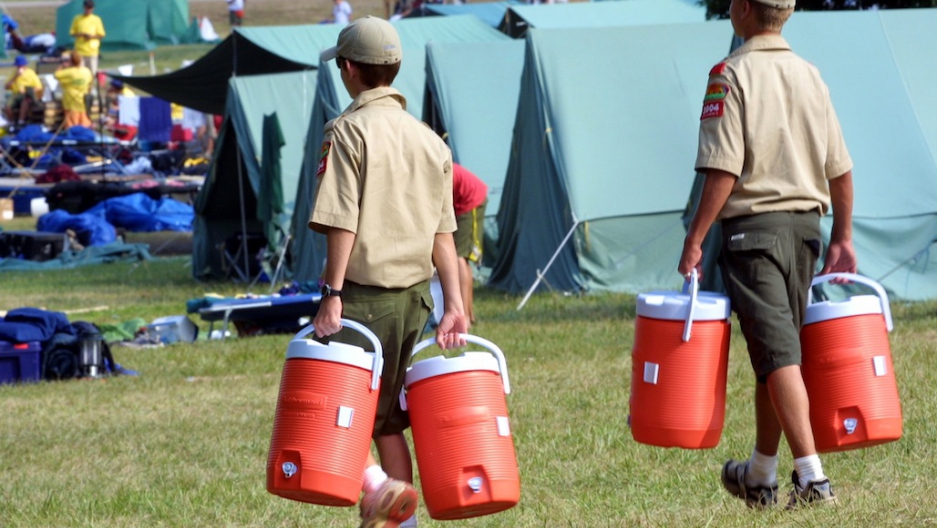 The Boy Scouts of America will begin accepting openly gay members on Jan. 1.

It’s a notable evolution for an organization with religious roots. Some 70 percent of scout units are sponsored by religious organizations. But BSA executives are hoping the policy change will be no big deal.

"My hope is there will be the same effect this Jan. 1 as the Y2K scare," Brad Haddock, a BSA national executive board member who chairs the policy implementation committee, told the Associated Press. "It's business as usual, nothing happens and we move forward."

Some 60 percent of the BSA’s National Council approved the change in May, and several churches have said they support the move.

The Utah-based Church of Jesus Christ of Latter-day Saints – scouting’s biggest sponsor – and the Roman Catholic Church have said they will continue to sponsor scout units, though the Catholic Church said it was leaving the decision of whether to participate up to individual bishops.

Some individual scout troops have chosen to leave the organization rather than go along with the new policy.

Its scoutmaster, Jim Brass, explained his decision to end his troop’s affiliation with the Boy Scouts: "If they announced, 'We're all going to start getting drunk,' we'd still leave. And to say we're reverent but we're going to go against something specifically God said, it doesn't sit well with me."

He said all but two of his scouts chose to leave with his group rather than join another Boy Scout troop.

He added, "I'm not homophobic. I love people. I just don't want to embrace what everybody does."