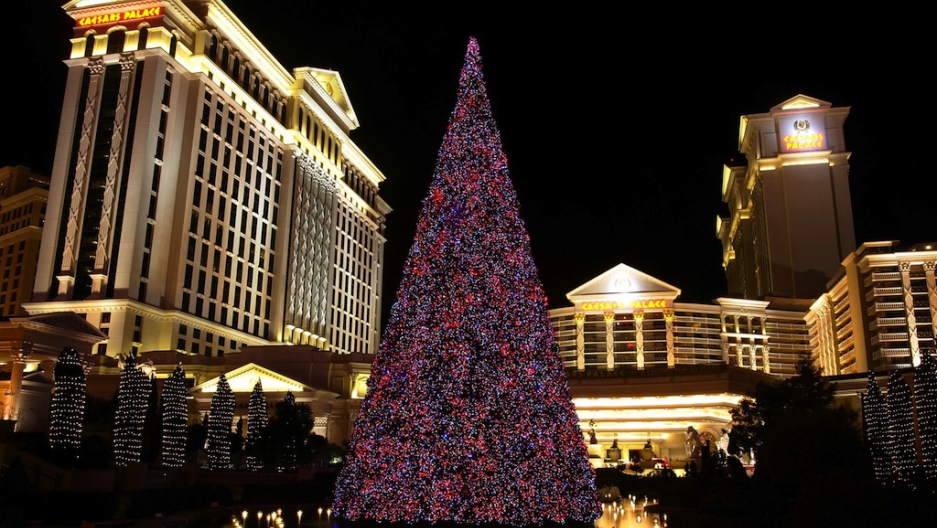 Santa Claus' Las Vegas home was burned to the ground early Christmas Day after a nearby Christmas tree caught fire.

Luckily neither Santa nor anyone else was at home at 2 am when the 45-foot tree caught fire likely due to faulty wiring.

The tree only burned Santa's home and left everything else in the upscale open-air mall intact.

Santa's wood cabin was used for posing for pictures with children.

"Obviously you never want to experience something like this," said Town Square marketing director Jaimesen Mapes.

"We're just very grateful nobody was harmed during the fire."

The towering tree shot flames 100-feet into the air that could be seen for miles.

Firefighters arrived too late to save Santa's home.

"It was such a total, catastrophic event, there wasn't much left for them to investigate," said Clark County Deputy Fire Chief Jon Klassen.

It is not clear if Santa had come back after a night of delivering presents to witness the loss firsthand.