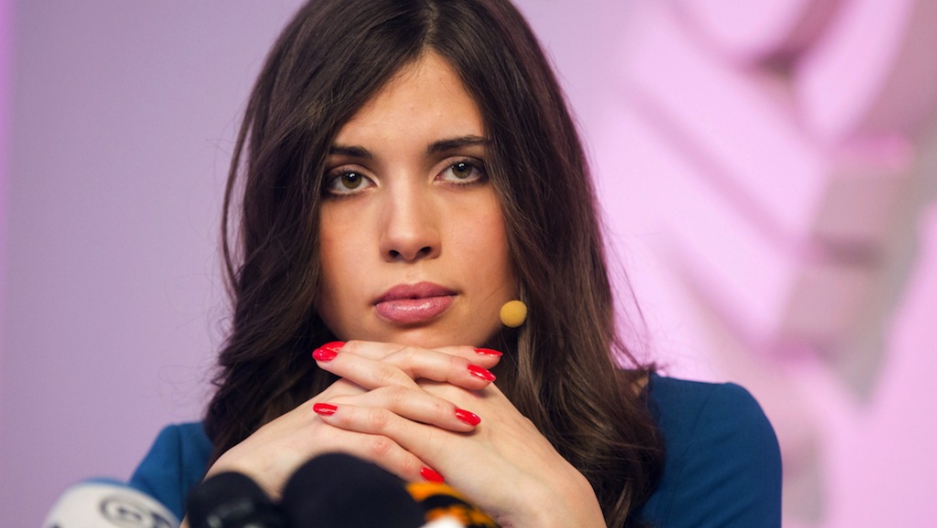 Spending more than 21 months in a harsh Russian penal colony seems to have done nothing to diminish their rebellious spirit.

"We still want to get rid of him," said Tolokonnikova, who, along with two other band members, was sentenced to prison for her part in an anti-Putin protest in Moscow's main cathedral, the Christ the Savior Cathedral.

Tolokonnikova, Alekhina, and fellow Pussy Riot member Yekaterina Samutsevich — who was released last year — had been charged with hooliganism motivated by religious hatred.

More from GlobalPost: How Russia can tell you're a hooligan

"I would very much like to invite Mikhail Borisovich [Khodorkovsky] to play this role" of displacing Putin, Tolokonnikova said, referring to the former tycoon and Russian political dissident who the Kremlin freed last week.

The ladies of Pussy Riot and Khodorkovsky (who received a presidential pardon) were released under Russia's new amnesty bill, strategically passed ahead of the Olympic games in Sochi.

Tolokonnikova explicitly made that point, telling reporters their release was not made out of humanitarian concern, but only to boost Russia's international image before it hosts the Winter Olympics.

"With the Olympics approaching, Vladimir Vladimirovich (Putin) does not want his favorite project ruined," she said.