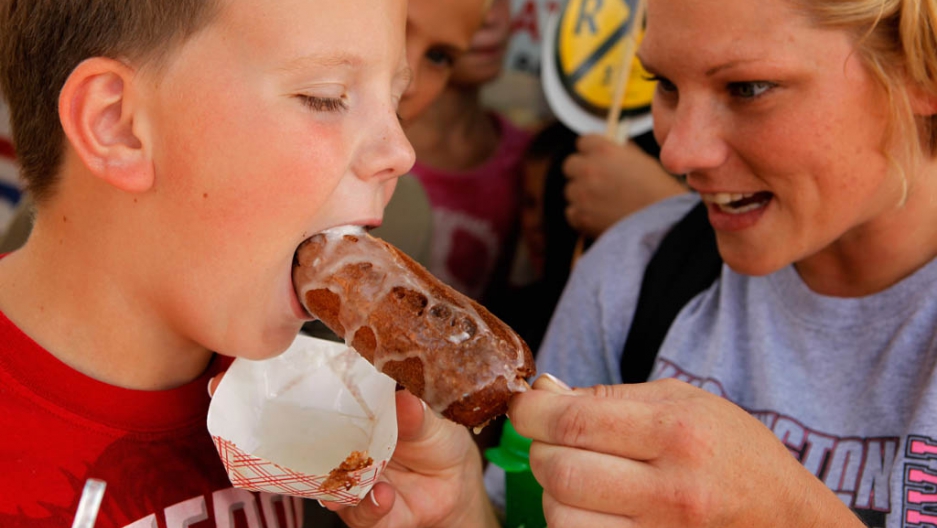 That pain you feel is your liver on cinnamon.
Credit: Chip Somodevilla
Share

You'd think the the European Union had enough problems to tackle these days with a half-dozen countries teetering at the verge of insolvency.

But no, they had to go and mess with the Danes - quite possibly the most responsible members of the 28-member group.

Danes - well, Danish bakers - are angry over a possible ban of the country favorite baked good: kanelsnegler, a cinnamon roll with a difficult name.

The reason? Too much cinnamon, say European bureaucrats.

The Danish food safety agency will soon adopt EU regulations on the use of coumarin - a naturally occurring toxic chemical found in cinnamon that can be harmful to the liver in some people.

In 2008, the European Union limited the amount of coumarin foods can contain at 15 milligrams per kilogram of food.

The limit prompted the Danish food agency to test its fine baked goods. What they found is that most things Danes loved contained way too much of the substance, including the beloved cinnamon rolls, which could be prohibited if the law is implemented.

Hardy Christensen, chief of the Danish Baker's Association, said: "It's the end of the cinnamon roll as we know it."

"Cinnamon rolls are of course a traditional Danish baked product. We've been making bread and cakes with cinnamon for 200 years," he added in a press release.

A final decision will be made in February. In the meantime, eat as many cinnamon rolls in Denmark as you can.