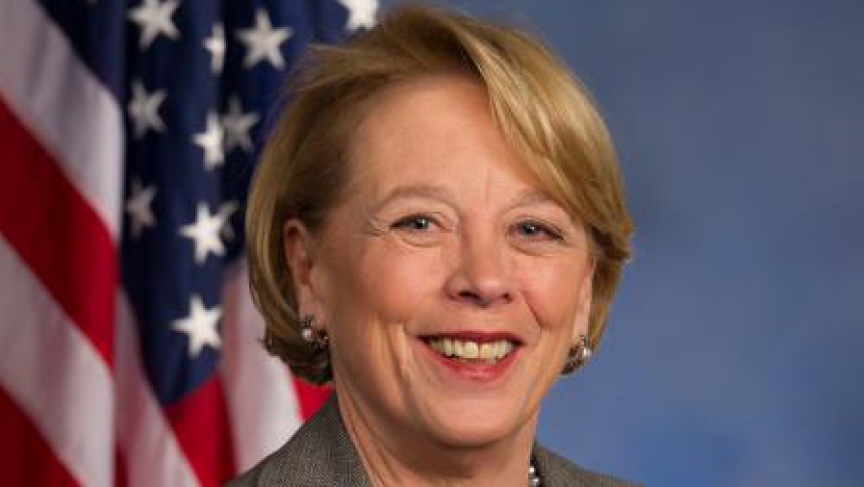 President Obama took a break from his vacation in Hawaii to sign a new defense bill on Thursday. In it were provisions that crack down on the problem of sexual assault in the US military.

"I am more afraid of my own service members than I am of the enemy."

Tsongas has been fighting to prevent sexual assault in the armed forces since 2007. That's when she became aware of the extent of the problem during a hearing of the House Armed Services Committee, on which she serves. "As a newly elected member, I have to say I was taken aback [to find] that it was so prevalent," she said.

"Coincidentally, maybe a month later, I went to a wounded warrior luncheon and got to talking with a woman who had been deployed many times to Afghanistan and Iraq. And I asked her if this crime was as prevalent as the hearing would suggest.

"And she said, 'Ma'am, I've never been assaulted, but I am more afraid of my own service members than I am of the enemy.' And to protect herself, she always carried a knife in her waistband. And I have to tell you that conversation made this issue very real to me."

Tsongas says, "I have high regard for the military. We have people who are putting their lives at risk to serve our nation. But the way I look at this crime is that it's a betrayal on a number of levels," says the congresswoman. "If you're a person, male or female, seeking to serve our country ... the last thing that you expect is that you will be assaulted and betrayed by your own.

The new law takes responsibility for investigating allegations of sexual assault out of the chain of command. "And most importantly, for the first time, it changes the commander's authority," says Tsongas. "Commanders previously had the authority to overturn a jury verdict. So if an assailant was found guilty of sexual assault, a commander could overturn that verdict. A commander will no longer be able to do this."

Tsongas says she and her colleagues will be monitoring carefully how the reforms are implemented and are ready to take further steps, if needed. "There is no single bullet to fix this," she says.