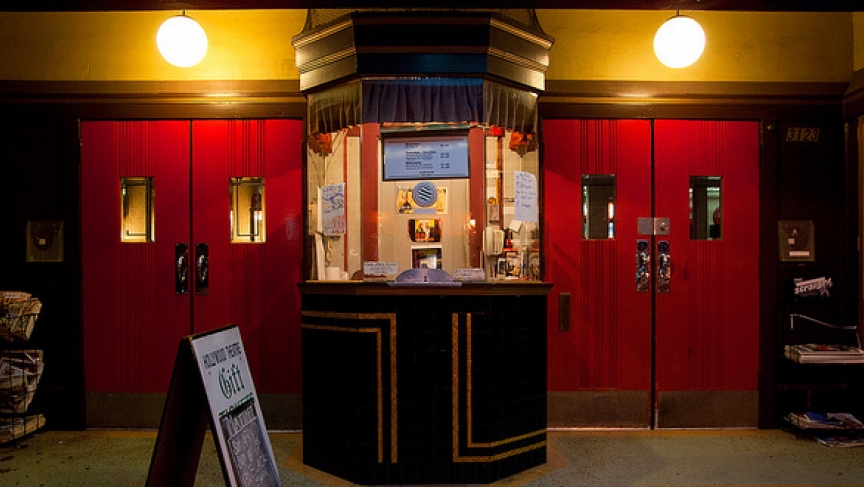 It's the last Friday of the year. It's winter and cold and dark at four in the afternoon and frankly, you may be a little holiday partied out. So, what better way to spend the evening than watching a movie?

For a round-up of some of the best foreign films you might have missed this year, we talked to Matt Holzman. He produces the screening series "First Take" for KCRW in Santa Monica, California, and gave us a few of his favorites.

"Blue is the Warmest Color" by director Abdellatif Kechiche

It's the story of a young woman who is discovering herself as she's trying to figure out love and loss. That young woman is played by actress Adèle Exarchopoulos and her acting is reason alone to see this film, said Holzman. "It's one of the greatest pieces of acting you'll see in a film in a very long time."

Blue is the Warmest Color Trailer 2013 (with English Subtitles)

"A Hijacking" by director Tobias Lindholm

This film features Somali pirates and a ship under seige, but unlike the recent blockbuster "Captain Phillips" with Tom Hanks, this isn't a live action thriller. "A Hijacking" is the polar opposite, said Holzman. In this film, the head of the shipping company negotiates with the pirates, but some of the most tense scenes take place in a boardroom. "It is a deeply quiet and intense film that builds and builds as it gets more quiet," said Holzman.

The director Carlos Reygadas was nominated for best director for this film at Cannes this year. The film is a slightly avant-garde tale of an upper middle class family living in rural Mexico. Scenes are gritty and surreal, from a devil-like character who walks through the family's home to the opening scene which follows a young girl walking among dogs and cattle through a field at dusk. The scene, shot at times from the little girl's point of view, leaves you in an almost dream-like state. "The entire movie you're not totally sure what you're supposed to be feeling and, for many American filmgoers, that can be an uncomfortable experience. I find it to be exhilarating," said Holzman.

"No" by director Pablo Larraín

This film is based on a true story about a referendum that took place in Chile in the 1980's, when Chileans were asked to vote on whether or not to support dictator Augusto Pinochet's rule. This film is about the advertising campaign to vote "No" against Pinochet. The story is told using a seamleass mashup of actual archival footage from the real "No" campaign and re-created scenes. "They filmed the entire movie with a vintage video camera that matches the archival footage, so there's a real 'you are there' feeling," said Holzman.