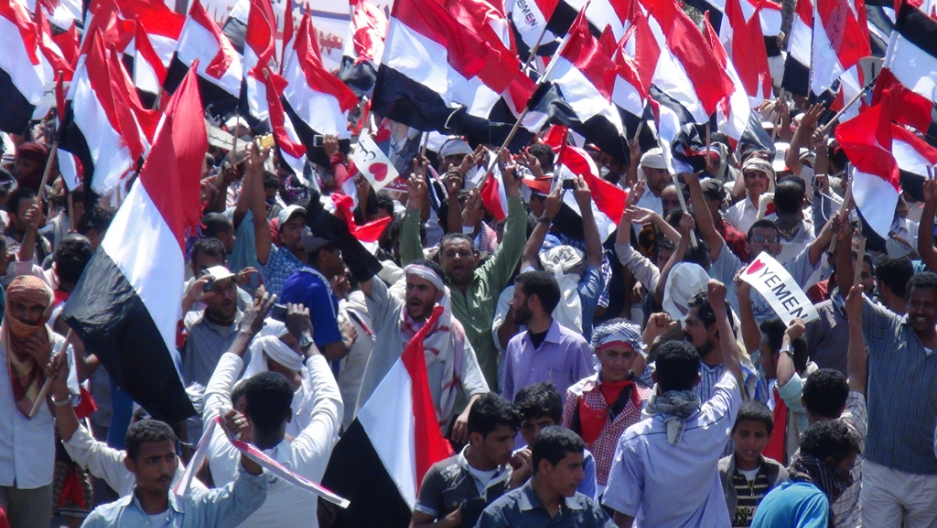 Yemeni protesters call for southern independence during a demonstration on the first anniversary of the ouster of autocratic leader Ali Abdullah Saleh in Aden on February 21, 2013. Yemeni police shot dead four people in clashes with protesters who had gathered at a square in the southern port city, Fathi Ben Lazraq, a member of the Southern Movement, told AFP.
Credit: -
Share

An army tank shelled a funeral tent in the southern Yemeni province of Dali on Friday, killing several people, including children and a medic.

The original death toll of 13 was raised to 19.

Medics at other hospitals said more than 20 people were injured, some critically.

A security official said the four shells hit as mourners were paying condolences to the family of a man killed in clashes between security forces and gunmen affiliated with the Southern Movement, who erected the funeral tent.

The clashes that left the man and two others dead erupted when secessionists tried to storm the governorate building to hoist the flag of the former South Yemen.

One witness to Friday's shelling told AFP that troops kept firing "when we tried to hospitalize the casualties," adding that "there are wounded victims still inside the tent."

Authorities are investigating the attack.

Tensions have run high recently in the formerly independent south, where fears have been raised that Al-Qaeda's Yemen affiliate could exploit unrest in the country.

South Yemen was an independent state until unification in 1990. The Southern Movement has since demanded greater autonomy from the north after what it calls two decades of marginalization and discrimination.