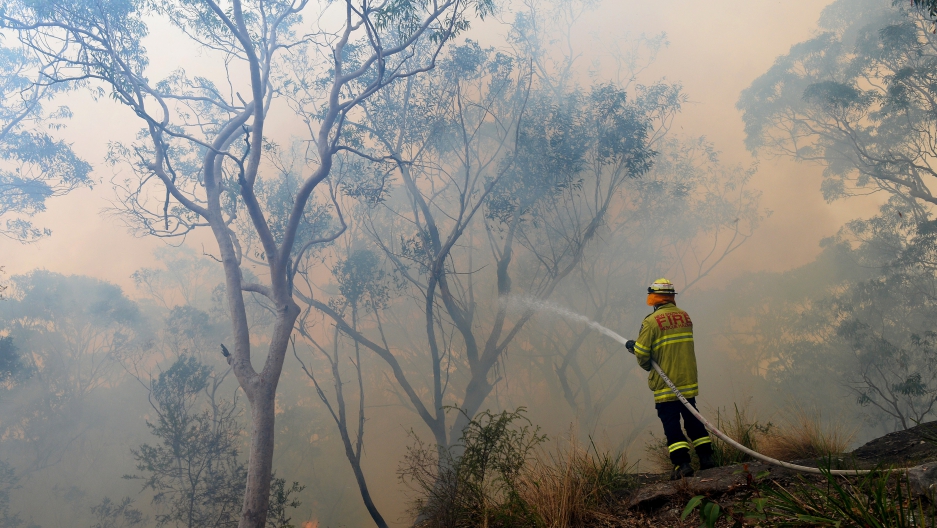 A firefighter hoses down the flames at Faulconbridge in the Blue Mountains on October 22, 2013.
Credit: WILLIAM WEST
Share

Our planet was no stranger to natural disasters this year, from the raging wildfires that destroyed more than 200 homes in Australia to Typhoon Haiyan, also known as Yolanda, which left a wake of devastation in the Philippines.

Here are 11 of the year's worst natural disasters.

A boat lying on the side, on Dec. 6, 2013 in Thorsminde Harbour, as storm Xaver hits Denmark. (JOHAN GADEGAARD/AFP/Getty Images)

A firefighter hoses down the flames at Faulconbridge in the Blue Mountains on October 22, 2013. (WILLIAM WEST/AFP/Getty Images)

Pakistani earthquake survivors search through the debris of their collapsed houses in the devastated district of Awaran on Sept. 25, 2013. (Banaras Khan/AFP/Getty Images)

A resident wades through chest-deep floodwaters in Manila on September 23, 2013, after torrential rains worsened by Typhoon Usagi. (TED ALJIBE/AFP/Getty Images)

Stranded Indian pilgrims wait to be rescued on the side of a river at Govind Ghat on June 23, 2013. (MANAN VATSYAYANA/AFP/Getty Images)

Debris covers the ground after a powerful tornado ripped through the area on May 20, 2013 in Moore, Oklahoma. (Brett Deering/AFP/Getty Images)

Rescuers search for survivors at a flattened house on April 20, 2013 in Ya'an, China. (ChinaFotoPress/AFP/Getty Images)

The meteor that exploded above Chelyabinsk, Russia. (Alex Alishevskikh/Wikimedia Commons)